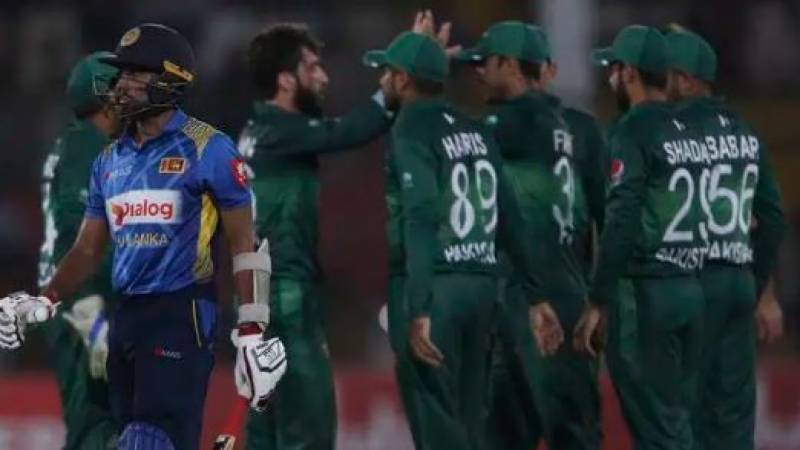 Lahore (Staff Report/Agencies): Sri Lanka whitewashed the Men in Green by defeating the hosts by 13 runs in the third Twenty 20 International (T20I) played between the sides at the Lahore’s Gaddafi Stadium on Wednesday.

The visitors set a moderate target of 148 runs after winning the toss in the final T-20 of three-match series and lost 7 wickets in its innings.

The visiting team’s top scorer for today’s encounter was Oshada Fernando who bagged 78 runs followed by Angelo Perera who contributed 13.

In response, Pakistan merely scored 134 runs in 20 overs at the loss of six wickets as Haris Sohail scored 52 while Babar Azam contributed 27.