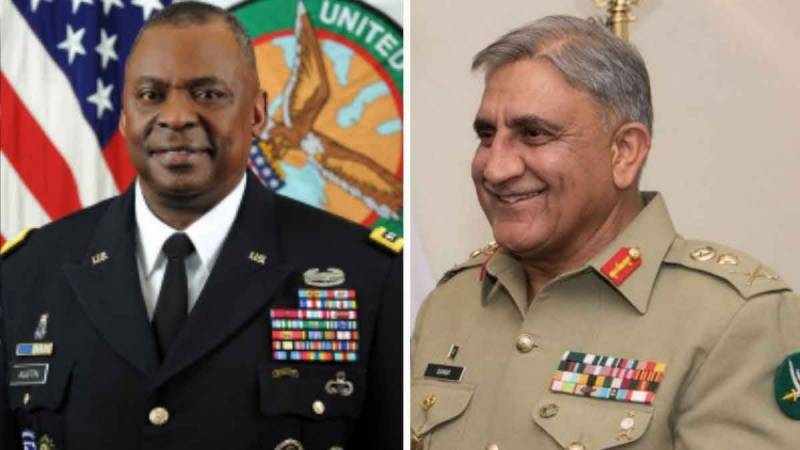 Washington (Web Desk): Chief of Army Staff (COAS) General Qamar Javed Bajwa and US Secretary of Defence Lloyd Austin, in a telephonic conversation on Tuesday, discussed mutual goals of security in the region.

As per a handout issued by the US Department of Defence, "During the call, Secretary Austin expressed his interest in continuing to improve the US – Pakistan relationship and build upon our multiple shared interests in the region."

The US defence secretary also shared the development in his post on Twitter where he expressed his interest in continuing to improve the relationship between the two sides.

Earlier today, I spoke with Pakistan’s Chief of Army Staff General Bajwa. We discussed our mutual interest in regional stability, and I reiterated my desire to continue improving the important U.S. – Pakistan relationship. pic.twitter.com/RzVAM6qqhW

Austin's call to the Pakistan Army chief comes at a time when the insurgents seize six Afghan provincial capitals within days, and US President Biden standing firm on a troop’s withdrawal with limited options appearing to be on the table to reverse the Taliban momentum.

Earlier on Monday, the Pentagon had said that the US was having a dialogue with Pakistan over the alleged presence of safe havens for terrorists at the Pak-Afghan border, which it said were the sources of instability and insecurity in the region.

Pentagon Spokesperson John Kirby stressed on the neighbours of Afghanistan to refrain from actions that jeopardize regional security.