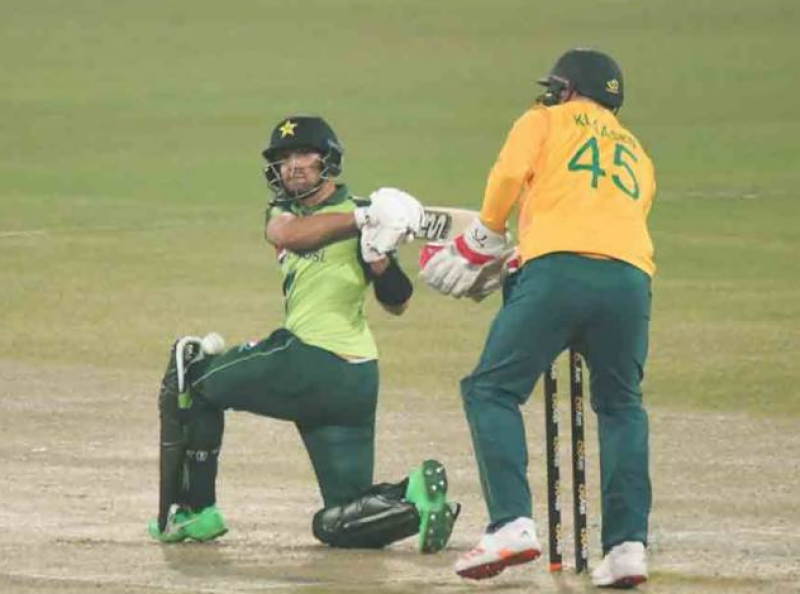 Mohammad Rizwan played a magnificent innings for the Green as he scored 104 runs for 64 balls.

Earlier, South Africa won the toss and decided to field first against Pakistan.

The two sides are featuring in a T20I series on Pakistan soil for the first time. Pakistan’s previous two home T20I series were played in the United Arab Emirates (UAE) in 2010 and 2013, which were won by South Africa by an identical 2-0 margin.

Out of six T20I series, the only time Pakistan won a series was in South Africa in March 2013 when they won the Centurion match by 95 runs after the Durban T20I was washed out.

The series is part of Pakistan’s preparation for this year’s ICC T20 World Cup 2021.