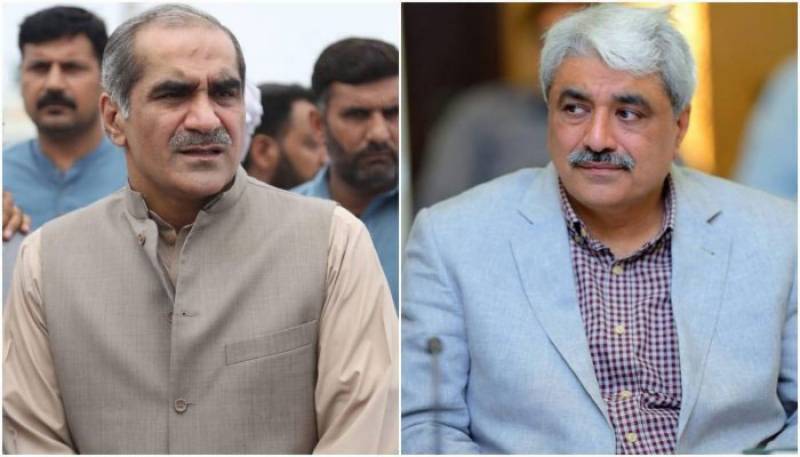 A heavy contingent of police was deployed around the court to prevent PML-N workers from disrupting law and order situation during the lawmakers’ appearance.

The prosecutor of the National Accountability Bureau (NAB) submitted a report about arrest of co-accused, including Nadeem Zia, Umar Zia and Farhan Ali.

He stated that the court issued arrest warrants of the accused on June 3, but they could not be arrested yet despite efforts.

He further told the court that NAB chairman had also issued their warrants and all possible steps were being taken to ensure their arrest.

At this, the court directed to initiate process to declare Nadeem Zia, Umar Zia and Farhan Ali as absconders.

The court extended the judicial remand of the PML-N lawmakers and adjourned the hearing till July 16.

The court also directed NAB authorities for distributing reference copies among the accused on the next date of hearing.