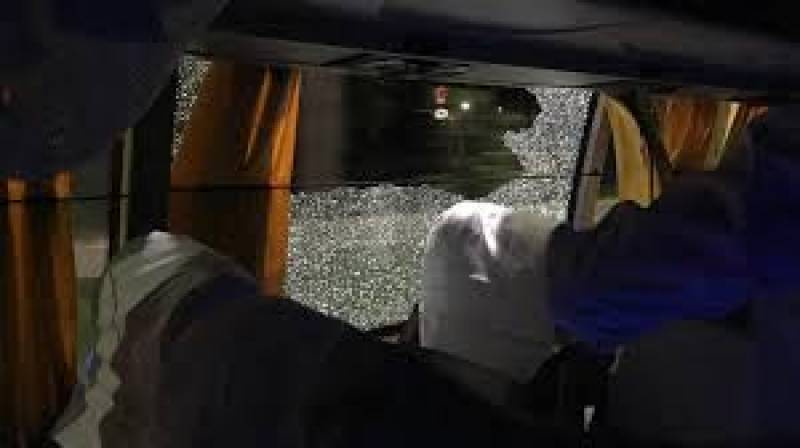 Guwahati, India (Web Desk): The Australian cricket team's bus came under attack while touring India, where stones were pelted after the team’s victory in their Twenty20 match against the hosts on Tuesday.

According to details, Australia's T20 captain Aaron Finch, member of the visiting team, posted a photo of the brick attack on Twitter.

“Pretty scary having a rock thrown through the team bus window on the way back to the hotel!!”, he tweeted:

Pretty scary having a rock thrown through the team bus window on the way back to the hotel!! pic.twitter.com/LBBrksaDXI

Captain David Warner, who was also on the bus, during the incident, retweeted Aaron's tweet.

Earlier, Australia defeated India convincingly in the second T20 International in Guwahati to level the series 1-1.

This is undoubtedly a grave security breach that questions BCCI as well as the security of the host nation.

Ironically, just prior the incident, Harsha Bhogle tweeted: "Been around Indian cricket for a while but I haven't seen the kind of adulation I see in Indore, in Ranchi and especially here in Guwahati."