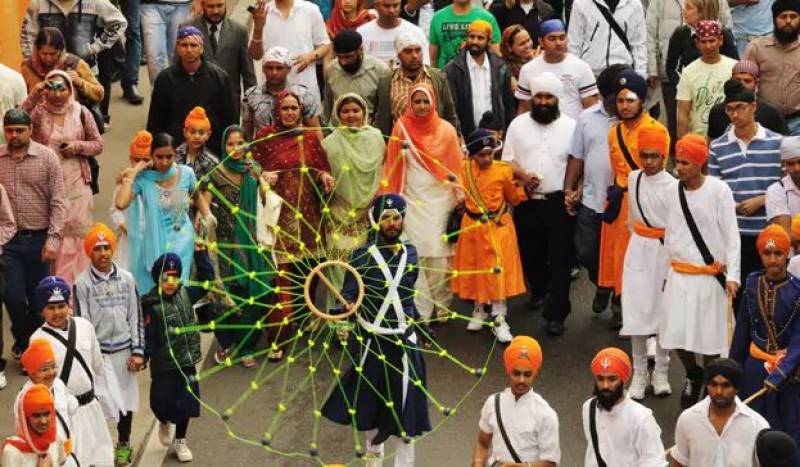 The Evacuee Trust Property Board (ETPB) Secretary Muhammad Tariq welcomed Sikh pilgrims upon their arrival in Lahore for Baisakhi celebrations.

The pilgrims will be taken to gurudwara at Punja Sahib in Hassan Abdal where the festival begins tomorrow (Friday).

On April 16, the pilgrims will go to Nankana Sahib, the birthplace of Guru Nanak, and return to Dera Sahib, Lahore, on April 19. They will also visit Dera Rohri Sahib, Aimanabad, and Kartarpur in Narowal, before they return to India on April 22.