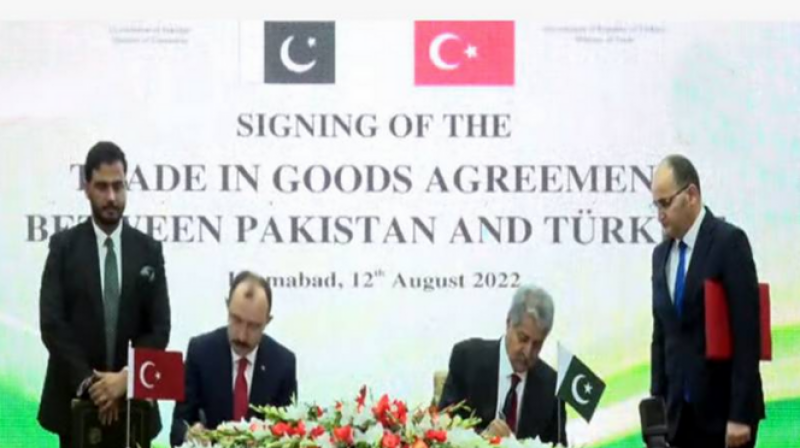 Islamabad (Web Desk): Pakistan and Turkiye on Friday inked a landmark trade agreement aimed at boosting trade in goods between the two countries.

Prime Minister Shehbaz Sharif witnessed the signing ceremony of the agreement held at the PM Office.

In his remarks, the premier termed the agreement "a great moment and a milestone" in the brotherly and historic relations between Pakistan and Turkiye.

He recalled that following his official visit to Turkiye in May, the untiring efforts of the ministries of both sides resulted in the signing of the agreement.

"Given our unlimited potential and outstanding commitment, signing of this trade agreement will lead to achieving higher heights in terms of enhanced trade and investment between the two countries," PM Shehbaz said.

Minister of Trade for Turkiye, in his remarks, said both the countries enjoy deep rooted relations.

Minister for Commerce Syed Naveed Qamar said under the agreement both the countries have given concessions to each other in trade of goods.

The minister added that this agreement is just the beginning, expressing the confidence this will lead us to a free trade agreement.