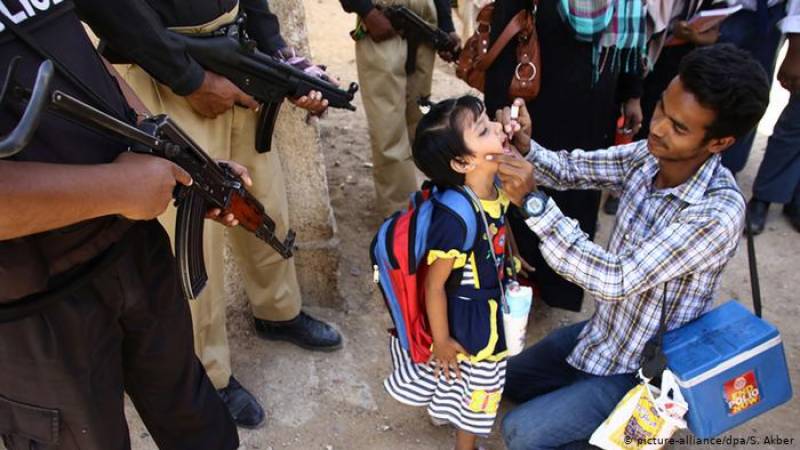 Peshawar (Web Desk): A policeman was gunned down during an attack on a polio team by unknown assailants in Khyber Pakhtunkhwa’s (KP) Karak district.

Confirming the incident, the District Police Officer (DPO) said that that the polio team remained unhurt but the officer providing security embraced martyrdom after unknown gunmen opened fire on them in Takht-e-Nasrati area of Karak.

The martyred police constable was identified as Junaidullah, a resident of Mianki. He belonged to the Frontier Reserve Police.

A search operation was launched to arrest the attackers and the immunisation drive had been temporarily halted in wake of current attack.

Pakistan and Afghanistan are the only two remaining countries in the world where polio is endemic, after Nigeria was last year declared free of the wild polio virus.

A five-day polio vaccination campaign kicked off on Monday, during which over 40 million children under the age of five will be vaccinated across the country.

A supplementary dose of Vitamin A drops will also be administered to the children aged six to 59 months.

According to data issued by the National Emergency Operations Centre (NEOC) for Polio, around 285,000 polio frontline workers will visit parents and caregivers at their doorsteps, adhering to strict Covid precautionary measures and protocols while vaccinating children.