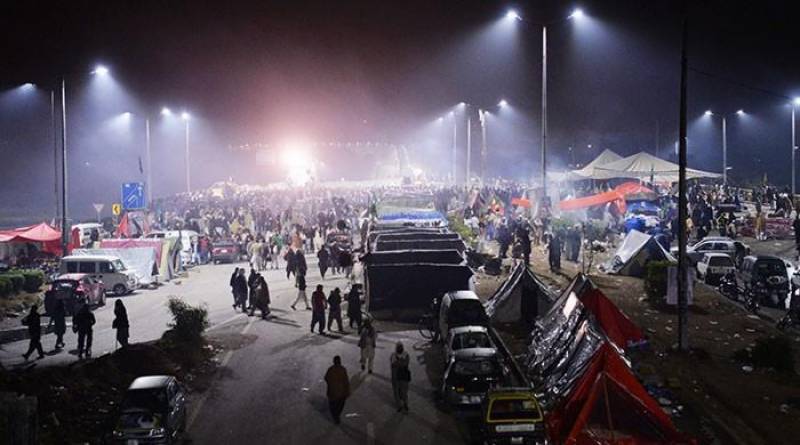 Islamabad (Staff Report): One policeman was martyred and more than 200 were injured in a joint operation of police and rangers, launched in the wee hours of Saturday, against protesters camping at Faizabad intersection in Islamabad.

The sources reported that during operation police has detained more than three hundred protesters.

The sources reported that heavy contingents of police, FC, and Rangers commenced an operation against the protesters using tear gas to disperse the protesters and arresting dozens in the process.

Prison vans, ambulances are at the site, while helicopters and drones are being used by the authorities for aerial surveillance. The religious parties started protest in Islamabad and adjacent areas. The protesters have placed hurdles and blocked roads heading to Tramri Chowk. Further, against the joint operation of police and rangers, the leaders of Religious political parties have called for protests across the country. The protesters allegedly set on fire several police vans in the twin cities and have damaged some metro bus stations.