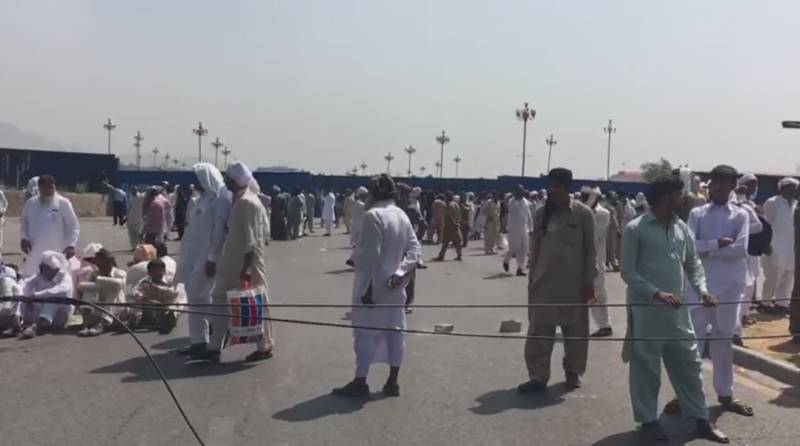 Islamabad (Staff Report): Police used tear gas and water canon to disperse the protesting farmers, who were gathered in D-Chowk in the federal capital's Red Zone on Friday.

Farmers, belonging to the Pakistan Kissan Itthehad, were protesting against the government to demand subsidies on fertilisers and electricity bills.

The farmers alleged they are not getting their 'due rights', despite recommendations were presented in the FY 2016-17 budget but none of them have been implemented yet.

The protesters chanted slogans against Prime Minister Nawaz Sharif and threatened to seal Islamabad if their demands were not met.

They attempted to reach the Parliament House but police action prevented them from doing so.

Over 100 protesters were taken into custody.