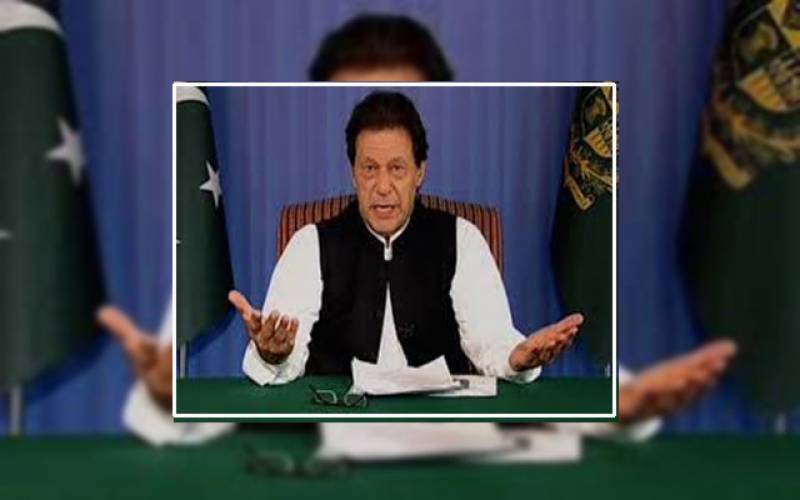 In his address to the nation on Tuesday night, PM Imran said his government is determined to follow the principles laid down by the Riasat-e-Madina. He said the state of Madina was not established in one day there was a process in turning it into a welfare state.

He said that the nation will witness how Pakistan is changing under our government. He said the "high-powered commission" will include representatives of FIA, IB, ISI, FBR and SECP.

The Prime Minister reiterated that he would not give NRO to corrupt and plunderers as in the past two NROs had already caused huge damage to the country under which they were still reeling.

Khan regretted that a ruckus had been created inside parliament by the opposition parties and warned that he would not bow before their blackmailing and pressure. He said National Accountability Bureau and Judiciary are independent and any one cannot not put pressurize on these institutions.

The PM also vowed to carry forward the process of accountability without being subdued to any pressure or blackmailing from his political adversaries. He said his government had obtained information from abroad after reaching agreements with different countries on the basis of which they had traced out 10 billion dollars accounts operated by Pakistanis abroad.

Khan said when PTI came into power, the current account deficit stood around 19.5 billion dollars and the country was on the verge of default and the devaluation of rupee could have plunged the whole economy into turmoil. However, the economy had been made stable now.

About the fiscal budget, he maintained that his government had tried to support the weaker segments of the society.

The PM added the government had saved 50 billion rupees by slashing expenditure while cabinet members had decided to cut 10 per cent in their salaries. He also lauded Pak army for their decision against pay raise in the salaries of its senior officers.

Imran Khan said he would work closely with the FBR chairman to collect taxes by removing the bottlenecks and ensuring smooth processes.

The Prime Minister also appealed to the nation to pay taxes and avail Assets Declaration scheme.