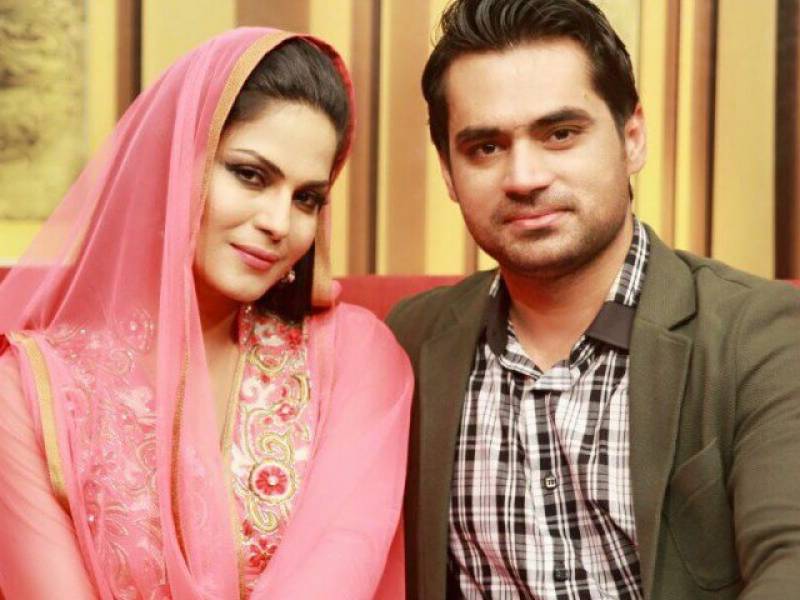 Asad said that he hopes the elders in their family help sort out their differences.

Earlier, Veena Malik had filed a case for obtaining Khula (divorce) from her husband Asad Khattak due to some personal differences and ultimately on January 31, 2017, the court ruled in her favour after non-pursuance of the case by Mr. Khattak.

They had got married in December 2013 in a court in Dubai and have two children.

Veena Malik’s counsel, Ali Ahmed, has confirmed the separation between Veena and Asad, saying that her husband was against her joining the showbiz. However, Khattak rejected these claims that remarked he has no problem with that.

Actress Veena had tied the knot with UK-based businessman, Asad Bashir Khattak, who originally hails from Bannu in Khyber Pakhtunkhwa in December 2013. They both maintained good relations for three long years and have two children together before finally parting ways.