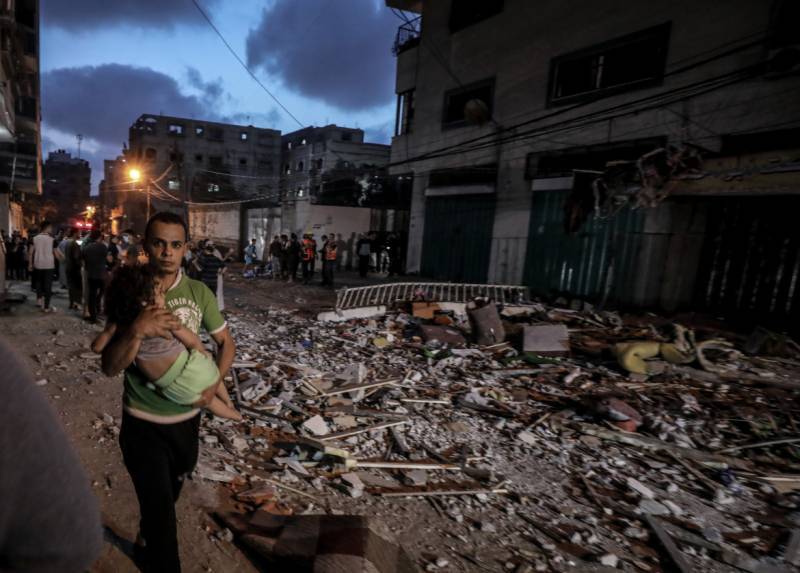 Jerusalem (Web Desk): Hostilities between Israel and Hamas escalated on Wednesday, with at least 35 including ten children killed in Gaza in the most intensive aerial exchanges for years.

UN Middle East peace envoy Tor Wennesland tweeted: “Stop the fire immediately. We’re escalating towards a full scale war. Leaders on all sides have to take the responsibility of de-escalation.

“The cost of war in Gaza is devastating & is being paid by ordinary people. UN is working w/ all sides to restore calm. Stop the violence now,” he wrote.

In the mixed Arab-Jewish town of Lod, near Tel Aviv, two people were killed after a rocket hit a vehicle in the area. Lod and other mixed towns have been gripped by angry demonstrations over the Gaza violence and tensions in Jerusalem.

Hamas's armed wing said it fired 210 rockets towards Beersheba and Tel Aviv in response to the bombing of the tower buildings in Gaza City. Israel’s military says that around a third of the rockets have fallen short, landing within Gaza.