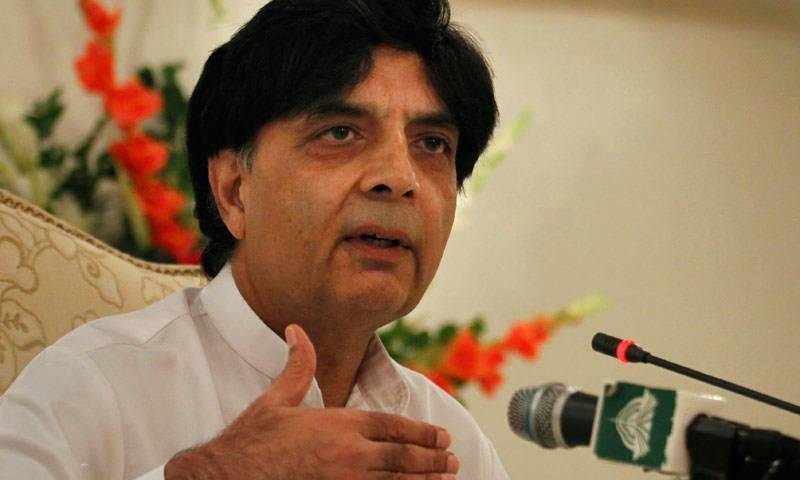 Taixla (Staff report):  PML-N MNA and former interior minister Chaudhry Nisar said on Thursday that confrontation with the institutions was not good for the future of the country.

“My opinion is that we should fight our case in the courts with full force without any confrontation with courts. This is not right for Nawaz Sharif, the party, institutions or the country,” he said.

The former security czar observed that he would like to believe that the courts were deciding on the facts of the case presented before them.

To a question about Foreign Minister Khawaja Asif’s invitation to the United States for joint action against terrorist groups, Nisar said that no sovereign country could allow for a joint operation within its borders, nor make such a proposal.

The lawmaker continued that Pakistan was a functioning democracy which had faith in the capabilities of its armed forces and intelligence agencies.

Nisar cautioned that inviting another power to conduct an operation in our country was like making a mockery of the country.