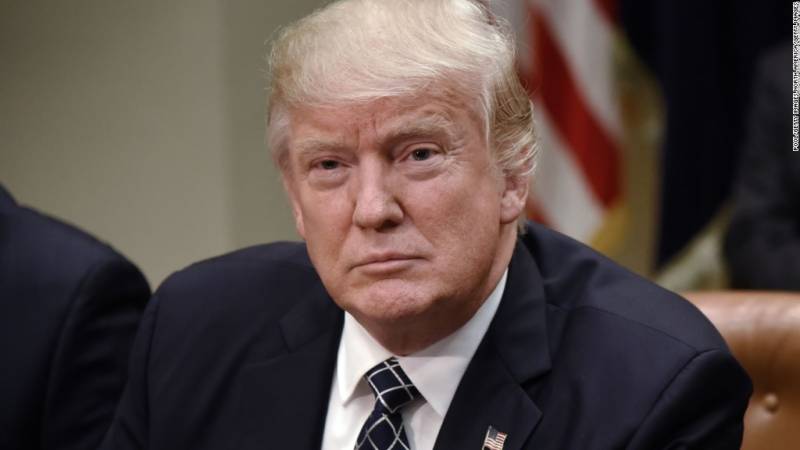 Washington (Agencies): “Today they are free. This is a positive moment for our country’s relationship with Pakistan,” President Donald Trump said in a statement as Pakistan Army recovered an American woman, her Canadian husband and their three young children — who had been held captive since 2012 by the Taliban-affiliated Haqqani network in Afghanistan.

“The Pakistani government’s cooperation is a sign that it is honouring wishes for it to do more to provide security in the region,” Trump added.

In a speech Wednesday in Coleman’s home state of Pennsylvania, President Trump said: “Something happened today, where a country that totally disrespected us called with some very, very important news.” “And one of my generals came in. They said, ‘You know, I have to tell you, a year ago they would’ve never done that.’ It was a great sign of respect. You’ll probably be hearing about it over the next few days. But this is a country that did not respect us. This is a country that respects us now. The world is starting to respect us again, believe me,” the president added.

Caitlan Coleman, 32, was seven months pregnant when she and her husband, Josh Boyle, were abducted.

Coleman and Boyle were last seen in a hostage video in December 2016 pleading for their governments to intervene.

On Thursday, the Pakistan Army recovered five abducted foreigners kidnapped by terrorists in 2012 after an operation. According to a statement issued by the Inter-Services Public Relations (ISPR), the hostages included a Canadian, his American wife, and their three children which were recovered “through an intelligence-based operation by Pakistani troops.”

“They were captured by terrorists from Afghanistan in 2012 and kept as hostages there,” the military’s media wing said. “All hostages were recovered safe and sound and are being repatriated to the country of their origin,” it added.