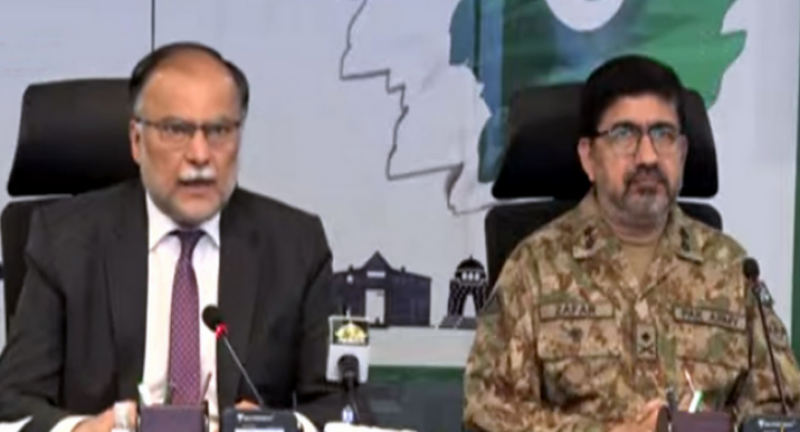 Speaking on the occasion, Ahsan Iqbal said this portal has been launched on the special directions of Prime Minister Shehbaz Sharif which will provide information to the general public and development partners about the flood relief assistance being received from home and abroad including from the friendly countries as well as its utilization.

He Pakistan is faced with an unprecedented calamity which has affected 33 million people.

"The damage caused by the floods is being assessed on daily basis with the cooperation of the World Bank (WB), Asian Development Bank (ADB), the United Nations (UN) and the provincial governments," the minister said.

Ahsan Iqbal said that the final estimates of damage will be available only after water recedes from all parts of Sindh and Balochistan provinces.

He asked the public to come forward for the help of the flood victims. He recalled that Pakistani nation has valiantly faced calamities in the past, expressing the confidence that it will cope with the current one with the same spirit.

The planning minister was confident that Pakistan will emerge stronger, united and resilient from this disaster.