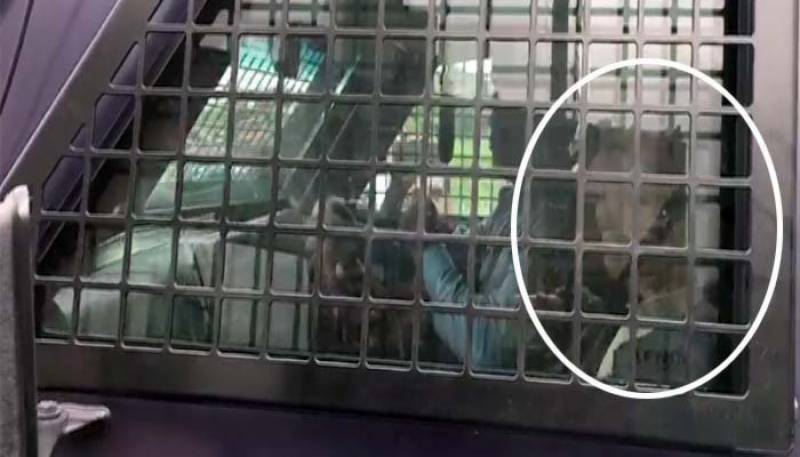 Islamabad (Staff Report): An accountability court on Monday adjourned the hearings of two pending corruption references against former PM Nawaz Sharif and his family till August 15.

Accountability court Judge Arshad Malik heard the Al-Azizia and Flagship Investment references and summoned the investigation officer of the cases at the next hearing.

Former prime minister Nawaz Sharif appeared before the accountability court for the hearing. He was brought to court in an armoured vehicle and was taken back to Adiala jail after the hearing.

The star prosecution witness in the case Wajid Zia who was the head of the joint investigation team probing Panama scam, also appeared in court.

Both the references were heard simultaneously. Zia was cross-examined in the Al-Azizia reference and he has yet to record his statement in the Flagship reference.

The media persons were barred from entering the judicial complex where the cases were being heard.

Lawyer of Sharif family Khawaja Haris did not appear before the court as he had to pursue a petition in the Islamabad High Court (IHC) against the sentences of Sharif, Maryam Nawaz and Capt (r) Safdar.

Zafir Khan, another lawyer of Sharif, submitted an application in the court to get Zia's statement recorded in the Flagship reference.

The prosecution, however, opposed the plea, insisting that the cross-examination of Zia should be completed in the Al-Azizia reference first before recording the statement in the second reference.

The judge rejected the plea and adjourned the hearing of the two references till Wednesday.

Earlier a gun shot was heard outside as Nawaz appeared before the court.

Pakistan calls for orderly, responsible withdrawal of US troops from Afghanistan

According to a security official the shot was fired by anti-riot force policeman. "We are looking into the matter to know why the gun was loaded," he said.

During the last hearing, the judge asked the deputy prosecutor of the National Accountability Bureau (NAB) Deputy Prosecutor General Sardar Muzaffar Abbasi about the progress in the proceeding of the case.

Abbasi told the court that there was only one more witness whose statements need to be recorded after Wajid Zia.

The court had also directed the prosecution to present Panamagate Joint Investigation Team (JIT) head and prosecution's main witness Wajid Zia for the hearing on August 13.

On August 7, The Islamabad High Court (IHC) approved a plea seeking transfer of pending corruption references against former premier and his sons Hassan Nawaz and Hussain Nawaz to any other court.

Deposed premier’s counsel Khawaja Haris had filed an appeal requesting the court to transfer the Al-Azizia and Flagship Investment references from the court of Accountability Judge-I Mohammad Bashir to another accountability court.

Nawaz’s counsel had argued that the references filed by the National Accountability Bureau (NAB) against Sharif family members had a common witness a i.e. JIT head Wajid Zia, while the presiding judge of the accountability court, Judge Muhammad Bashir, had already disclosed his opinion on crucial aspects in all three references.

The counsel for the former ruling family winded up his arguments as to why Judge Muhammad Bashir should not proceed on the references filed against former premier Nawaz Sharif and his family members in the line of directives issued by the Supreme Court.

On July 6, accountability court Judge Mohammad Bashir had announced the verdict in the Avenfield properties corruption reference filed by the National Accountability Bureau (NAB), handing the ousted prime minister 10 years as jail time for owning assets beyond known income and seven years to his daughter Maryam Nawaz for abetment.