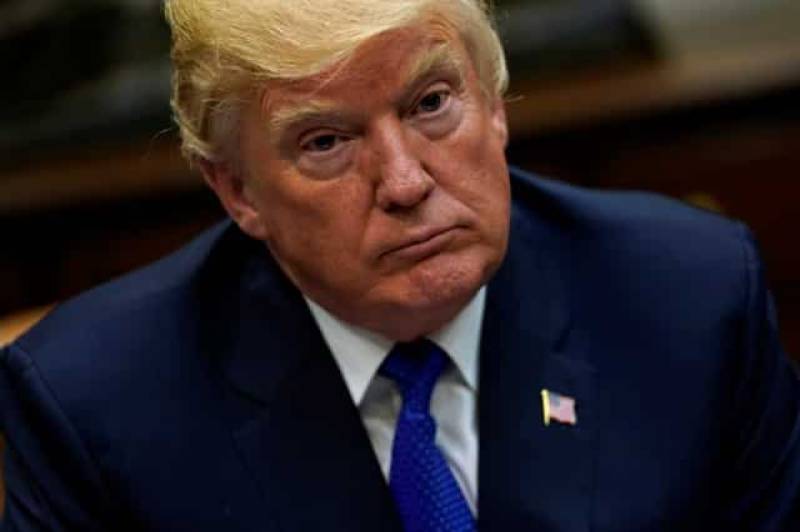 Washington (Reuters): President Donald Trump gave the Iran nuclear deal a final reprieve on Friday but warned European allies and Congress they had to work with him to fix ”the disastrous flaws” in the pact or face a US exit.

Trump said he would waive sanctions against Iran that were lifted as part of the international deal for the last time unless his conditions were met.

The ultimatum puts pressure on Europeans - key backers and parties to the 2015 international agreement to curb Iran’s nuclear program, to satisfy Trump, who wants the pact strengthened with a separate agreement within 120 days.

“Despite my strong inclination, I have not yet withdrawn the United States from the Iran nuclear deal,” Trump said in a statement. “Instead, I have outlined two possible paths forward: either fix the deal’s disastrous flaws, or the United States will withdraw.”

Iranian Foreign Minister Mohammad Javad Zarif responded on Twitter that the deal was not renegotiable and that Trump’s stance “amounts to desperate attempts to undermine a solid multilateral agreement.”

Trump, who has sharply criticized the deal reached during Democrat Barack Obama’s presidency, had privately chafed at having to once again waive sanctions on a country he sees as a rising threat in the Middle East.

“This is a last chance,” Trump said, pushing for a separate agreement. “In the absence of such an agreement, the United States will not again waive sanctions in order to stay in the Iran nuclear deal. And if at any time I judge that such an agreement is not within reach, I will withdraw from the deal immediately.”

The EU said in a statement it had taken note of Trump’s decision and would assess its implications.

Underscoring the difficulty now facing Europeans, a European diplomat, speaking under condition of anonymity, said: “It’s going to be complicated to save the deal after this.”

Trump now will work with European partners on a follow-on agreement that enshrines certain triggers that the Iranian regime cannot exceed related to ballistic missiles, said senior administration officials who briefed reporters on the decision.

One senior administration official said Trump would be open to remaining in a modified deal if it were made permanent.

US Elections 2020: Joe Biden to address nation as he widens lead over ...