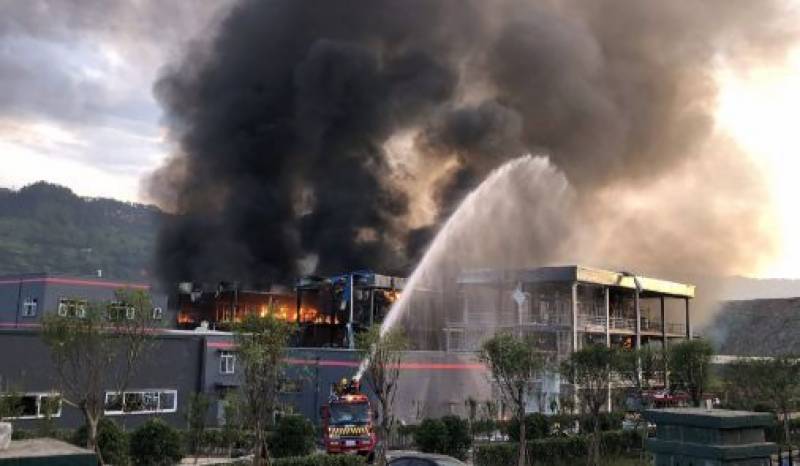 Beijing (Agencies): At least 19 people were killed and 12 others were injured in an explosion at a chemical plant in China.

According to officials, it was not clear what caused the blast on Thursday night at an industrial park in Chengdu, the capital of southwestern province Sichuan.

The blast is the latest deadly industrial incident in China, which is the largest producer of chemicals.

State news agency Xinhua says the injured are in a stable condition and an investigation into the blast at Yibin Hengda Technology is underway.

Photographs on Chinese social media show a huge fire and plumes of smoke rising from the facility.

The fire was extinguished by 11.30pm (local time) on Thursday, the government said in a statement.

In 2015, an explosion in a chemical warehouse in the northern port city of Tianjin killed 165 people.