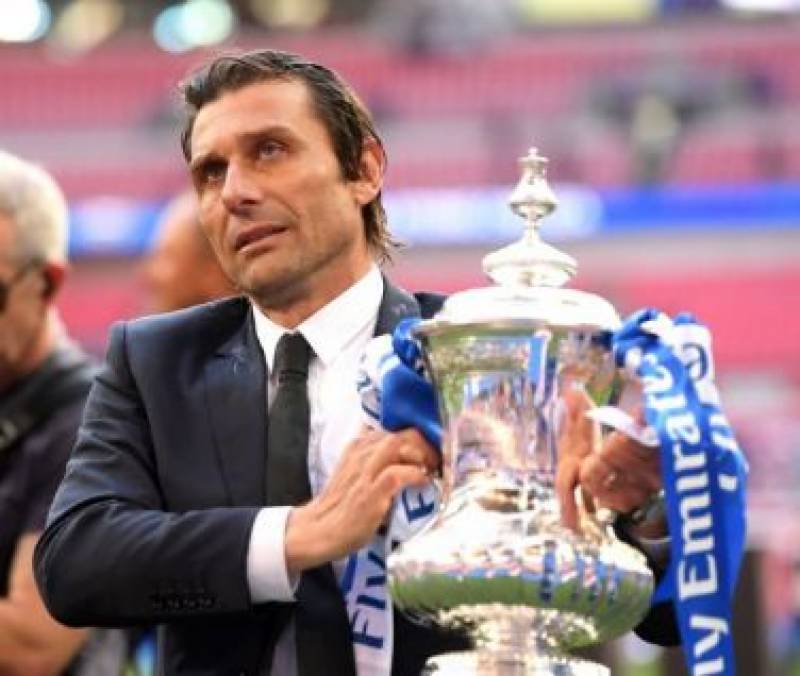 London (Agencies): Antonio Conte's two-year tenure as Chelsea manager which began last year after winning the Premier League title ended sourly on Friday with the club announcing they had parted company with him.

The 48-year-old Italian had been seen as vulnerable despite winning the FA Cup last term having fallen out with both the board and senior players.

The former Italy national coach returned to take training this week but the writing was on the wall and the drawn out process was reportedly due to how much compensation the club should pay Napoli for his likely successor Maurizio Sarri.

"Chelsea Football Club and Antonio Conte have parted company," the club said in a terse statement.

"During Antonio's time at the club, we won our sixth league title and eighth FA Cup.

"In the title winning season, the club set a then-record 30 wins in a 38-game Premier League season, as well as a club-record 13 consecutive league victories.

"We wish Antonio every success in his future career."

Conte leaves with the best win percentage 65.1 per cent of any of Chelsea's managers in the Premier League era.

Former banker Sarri, 59, will be Chelsea's eighth manager inside a decade as Russian owner Roman Abramovich has never shown a sentimental side to his nature regarding them, no matter the trophies they won the preceding season as Roberto di Matteo found just months after delivering Abramovich's holy grail the Champions League.