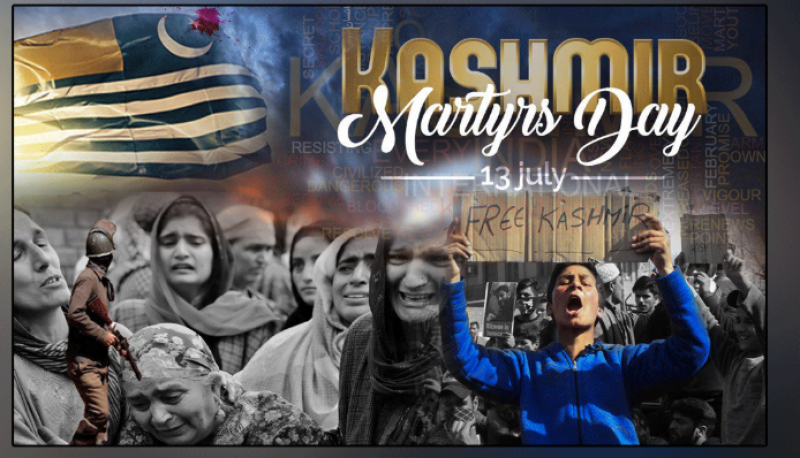 Srinagar (Web Desk): Kashmir Martyrs' Day was observed on Tuesday on both sides of the Line of Control (LoC) and around the world to pay homage to Kashmiris martyred by the troops of Dogra Maharaja on July 13, 1931.

Functions and seminars, across the AJK had also been arranged to pay glowing tributes to martyrs on this day.

The All Parties Hurriyat Conference (APHC) appealed the Kashmiris to observe a complete strike in Indian occupied Jammu and Kashmir (IIOJK) in view of the ‘Kashmir Martyrs' Day.'

A march towards the Martyrs’ Graveyard at Naqashband Sahib in Srinagar was held where the martyrs of 13th July were buried.

In a statement in Srinagar, APHC spokesman said that the objective of the shutdown and the march was to convey to the world that the Kashmiris will never accept Indian subjugation.

It is pertinent to mention that on July 13, 1931, the troops of Dogra Maharaja had killed 22 Kashmiris, one after the other, outside the Central Jail in Srinagar during the court proceedings against one Abdul Qadeer who had asked the Kashmiri people to defy the Dogra Rule.