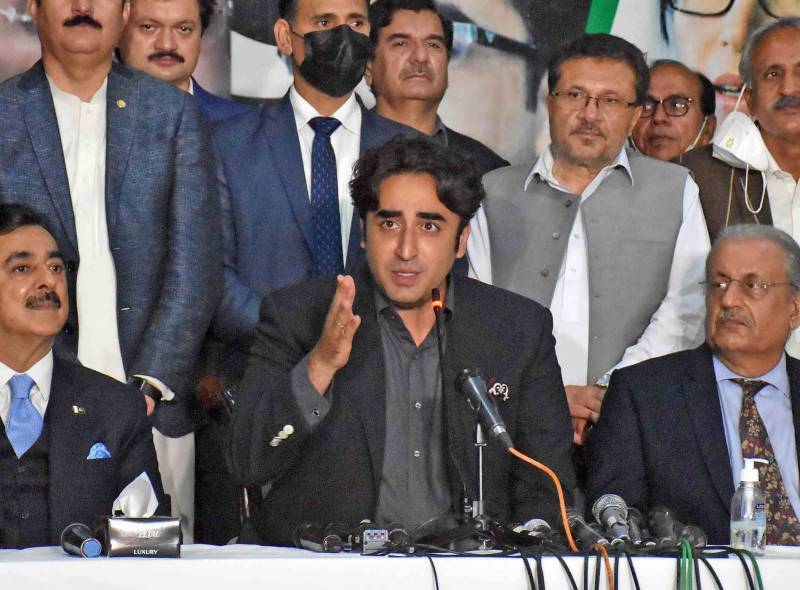 The PDM leaders claimed that the intention of voters was clear in seven votes that were rejected by the presiding officer Senator Syed Muzaffar Hussain Shah, a leader of the Grand Democratic Alliance (GDA).

Addressing a press conference in Islamabad along with PDM joint candidate Yousaf Raza Gillani, Pakistan Peoples Party Chairman Bilawal Bhutto Zardari said that the whole country saw how this House was undermined in the morning.

What happened today is in front of everyone, Bilawal said adding that four cameras were found inside the House, which was blatant rigging.

“We have achieved this win by fighting against the government, we hope we will get justice from the court”, the PPP chief said.

He further said that the presiding officer was an ally of the government, whose controversial ruling is also in front of everyone. The seven rejected votes were properly cast but they were wrongly declared invalid, he added.

The PPP chairman said that he has consulted with lawyers, Maryam Nawaz, Maulana Fazlur Rehman and Asif Zardari and his party will challenge this decision in court.

PDM chief Maulana Fazlur Rehman said that no good could be expected from an ‘incompetent government’.

“The solution to people’s problems lies in overthrowing the present regime” he added.

Speaking to media while visiting a protest camp of Bittani tribes in Dera Ismail Khan on Friday, he reiterated to march towards Islamabad in the month of March, adding that a meeting of the PDM leaders on March 15 would decide a future line of action in this regard.

Moreover, Awami National Party (ANP) president Asfandyar Wali Khan in a statement rejected the result of election for Senate chairman and termed it the darkest day for democracy in the country.

“Having clear majority in the upper house, the defeat of Yousuf Raza Gilani would promote undemocratic values in the country,” the ANP chief added.

Asfandyar Wali Khan said that his party rejected the election of Sadiq Sanjrani and would chalk out a strategy in collaboration with the allies.