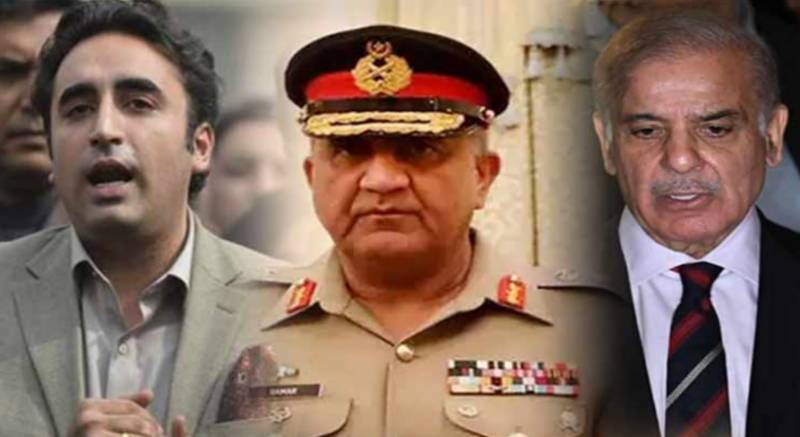 In his condolence message on Twitter, the premier said that with the death of Sheikh Khalifa bin Zayed Ak-Nahyan, the UAE had lost a visionary leader and Pakistan lost a great friend.

"We send our heartfelt condolences & sympathies to the government & people of the UAE. May Allah rest his soul in peace," PM Shehbaz said.

Deeply grieved to hear about the passing of HH Sheikh Khalifa bin Zayed Al-Nahyan, President of UAE. UAE has lost a visionary leader & Pakistan a great friend. We send our heartfelt condolences & sympathies to the government & people of the UAE. May Allah rest his soul in peace!

According to a message by the Inter Services Public Relations (ISPR) Director General, COAS General Bajwa said Pakistan has lost a great friend. He prayed the Allah Almighty to bless the departed soul and give strength to the bereaved family to bear this irreparable loss.

Foreign Minister Bilawal Bhutto Zardari has expressed grief and sorrow on the sad demise of the UAE president.

In a condolence statement, he said the role of Sheikh Khalifa bin Zayed Al-Nahyan in the development of the United Arab Emirates is commendable and unforgettable.

The foreign minister said he shares the grief of the people and the royal family of UAE on the death of Sheikh Khalifa.

Heartfelt and deepest condolences on the sad demise of His Highness Sheikh Khalifa bin Zayed Al Nahyan, President of the UAE. May Allah Almighty rest his soul in eternal peace. Our thoughts and prayers are with the Royal family and the people of the UAE. pic.twitter.com/TECciEnmU9

Serena Williams announces to retire from playing after US Open