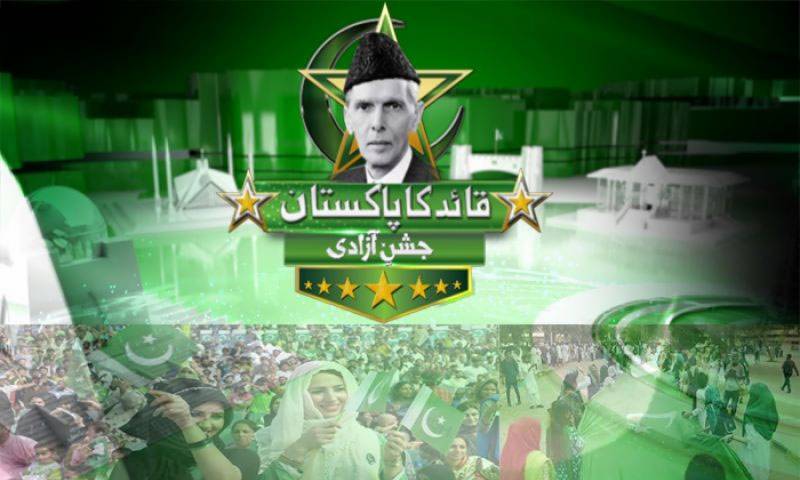 Islamabad (Web Desk): The nation is celebrating Independence Day today (Friday) with renewed pledge to work with the spirit of Pakistan Movement to make the country a true Islamic welfare state.

Prayers were offered for security and progress of Pakistan and well-being of the people. National flag is being hoisted at all important public and private buildings.

Flag hoisting ceremonies were held at the President House and the provincial, divisional and district headquarters level throughout the country.

The day dawned in the provincial capital with 21 gun-salutes while special prayers were offered at mosques for the country’s safety prosperity and development.

The main event of a change of guard ceremony took place at Mazar of Quaid-e-Azam Mohammad Ali Jinnah.

The day dawned with 21-gun salute in the provincial metropolis.

A special ceremony was held in connection with Independence Day at Hazoori Bagh in Lahore on Friday where Punjab Chief Minister Sardar Usman Buzdar hoisted the national flag.

A graceful change of guard ceremony was also held at mausoleum of Dr Allama Muhammad Iqbal in connection with the Independence Day.

A smartly turned out contingent of Pakistan Army assumed the guard duties at the Mazar-e-Iqbal.

In Khyber Pakhtunkhwa (KP), the main function in connection with 74th Independence Day was held at Police Lines in Peshawar.

Collective prayers were made for development and prosperity of the country and liberation of Indian illegally occupied Jammu and Kashmir.

Flag hoisting ceremonies were also held at Divisional and District Administration offices across the province.

Earlier in the morning, twenty-one gun salutes were fired in the provincial capital to mark the Independence Day.

The day began with 21-gun salute in the provincial capital while special prayers were offered for progress and prosperity of the country.

In Azad Jammu and Kashmir (AJK), main flag hoisting ceremony of the Independence Day was held at the President House in Muzaffarabad.

National anthems of both Pakistan and Azad Kashmir were played while a smart contingent of police presented salute.

Earlier, the day dawned with 21-gun salutes in the state capital Muzaffarabad.

A smartly turn out contingent of GB police presented guard of honor at Yadgar.

On this occasion, the chief minister unveiled new political map of Pakistan in Chinar Garden.

Soon after the ceremony, Azadi rally was brought out from City Park which passing through main road culminated at Public Chowk in Jutial, Gilgit.

In their messages on the occasion, the president and the prime minister recalled the sacrifices of the forefathers and those who fought for and laid down their lives in defence of the country.

They urged the nation to remain steadfast and resilient when faced with any challenges.