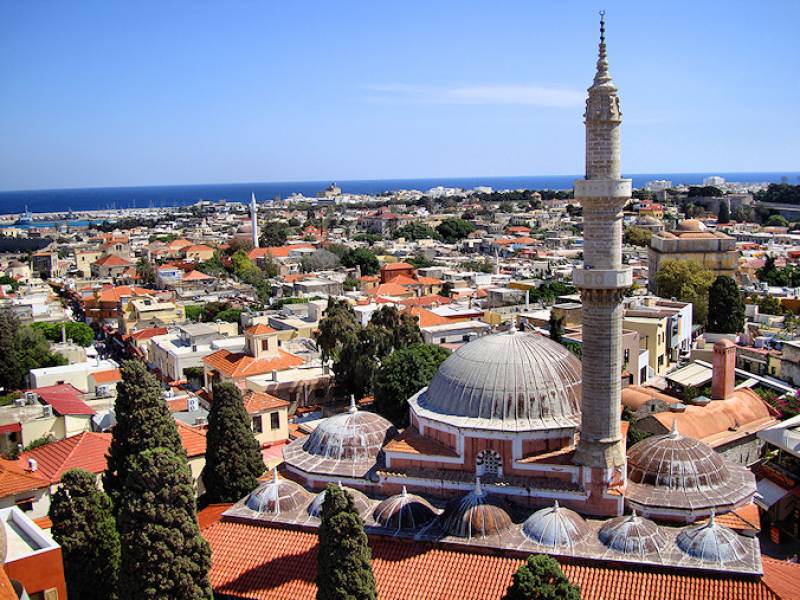 Athens, Greece (Reuters): Almost half a million Muslims residing in Athens are set to get their first official mosque in 150 years.

Deputy Foreign Minister Ioannis Amanantidis told parliament last year that it was the only European capital "to be deprived of such a religious space". The city has not had a formal mosque since 1833.

Muslims have resorted to praying in hundreds of makeshift sites, in crowded basements or dark warehouses targeted by racist attackers for years.

Greek Prime Minister Alexis Tsipras declared in May that building a mosque long overdue. He also said that the government would push ahead out of respect for the Muslim residents in our capital, but also because we are obliged to actively defend our values.

The new mosque will be a 1,000 square metre building without a minaret and split over two levels and  is expected to be ready in April in an old naval base in an industrial, rundown part of Athens.

Greece's Muslim Association spokeswoman Anna Stamou, a Greek who converted to Islam said, "We need the mosque for our new generation, for our youth ... to feel equal in law, equal in society."

Friday prayers in the underground garage where she and her family went were recited in Arabic and Greek. Men knelt down to pray on its humid crimson carpet, ventilation pipes barely above their heads.

Plans to build a mosque began in 1890 with an act of parliament, but all fell through, including one timed for the 2004 Olympics. The latest effort split the ruling coalition and Tsipras's right-wing partners voted against a bill to speed up construction.

Critics say Athens, kept afloat by international funds since 2010, cannot spare the 800,000 euros to build it.

Golden Dawn, the ultranationalist party third in popularity in polls, says migrants are burdening state resources at a time of crisis. Others still associate mosques with Turkey, its Muslim neighbour and longstanding rival.

For months last year a dozen Greek nationalists occupied the mosque site and set up a homeless centre, calling it "a hot spot for Greeks" drawing a contrast with centres on Greek islands for mainly Muslim refugees and migrants arriving from Turkey.

Messages still on the compound's boarded up gate are stark: "No mosque," graffiti reads. "Muslims out."

A poster plastered on a wall depicts a minaret in a circle with a line through it. Muslims "are enemies of Christ, Orthodoxy and our country," it says. "They should go back from where they came."

Golden Dawn says it will step up its protests.

Lawmaker Ilias Panagiotaros said at a rally in January "We have done many protests and of course we will do much more."

Around him, a few hundred supporters raised flaming torches and waved the Greek flag alongside the party's red-and-black flag featuring its swastika-like emblem.

He said, "With the help of God - I repeat that - this mosque will not have a good end."