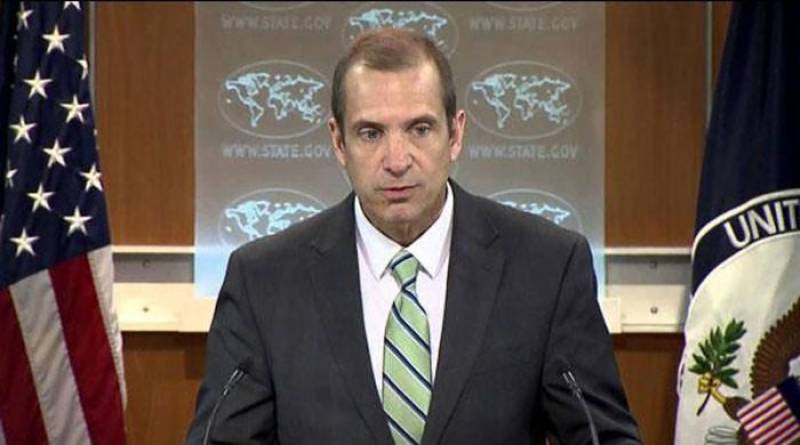 Washington (Staff Report): The government of United States has condemns the cowardly suicide explosion in Lahore and expressed deep sorrow and grief over the loss of precious lives.

Department of State Deputy Spokesperson Mark Toner said during a press briefing in Washington that American people are with Pakistanis in this time of grief.

On the occasion, he also added that United stated is standing beside Pakistan in its fight against terrorism.

He added America stood by its stance on peace in South Asia.