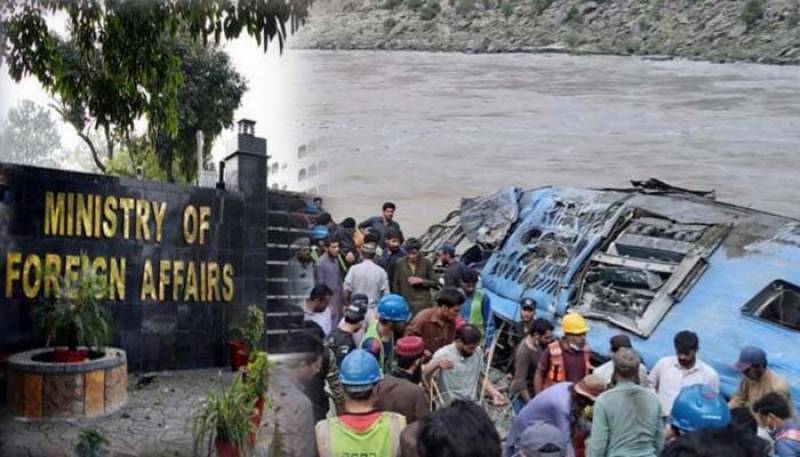 Islamabad (Web Desk): Nine Chinese nationals and three Pakistanis lost their lives when a bus carrying them plunged into a ravine after a mechanical failure resulting in leakage of gas that caused a blast in Upper Kohistan district of Khyber Pakhtunkhwa (KP), the Foreign Office (FO) said in a statement on Wednesday.

According to FO, further investigations were underway.

The statement said that Chinese workers and accompanying Pakistani staff were proceeding to their work place for an ongoing project.

“The Ministry of Foreign Affairs is closely in contact with the Chinese Embassy for coordination and facilitation,” the FO statement said, adding that the local authorities are providing all possible assistance to the injured.

“The government and people of Pakistan extend sincere condolences to the families of Chinese and Pakistani workers who lost their lives in the incident,” the FO stated.

The FO said that Pakistan attaches great importance to the safety and security of "Chinese nationals, projects and institutions in Pakistan".