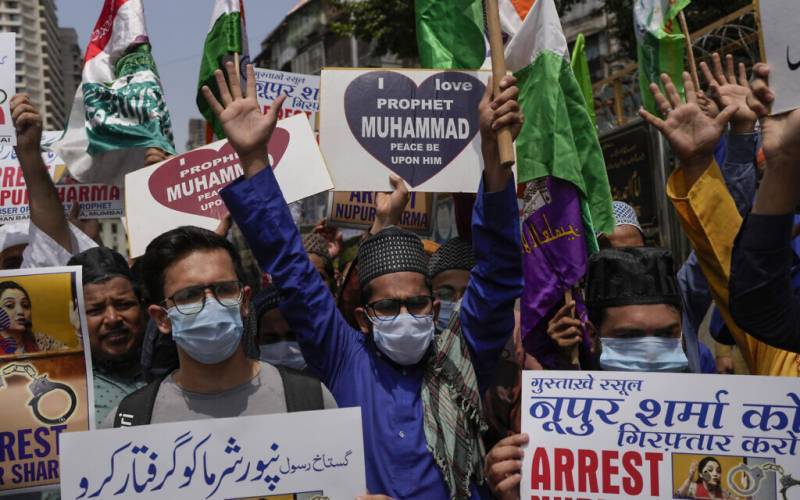 London (Web Desk): Amnesty International has asked India to immediately end a “vicious” crackdown on Muslims who took to the streets to protest a ruling party official’s remarks about the Prophet Mohammed (PBUH).

Authorities were “selectively and viciously cracking down on Muslims who dare to speak up... against the discrimination faced by them,” Amnesty’s Aakar Patel said in a statement.

“Cracking down on protesters with excessive use of force, arbitrary detention and punitive house demolitions... is in complete violation of India’s commitments under international human rights law.”

At least two demonstrators were killed and hundreds of others arrested last week in nationwide protests over the comments, which embroiled India in a diplomatic furore and caused widespread outrage in the Islamic world.

Footage of bulldozers demolishing homes of those arrested or identified as protesters has since been spread on social media.

More than 300 people have been arrested in the northern Uttar Pradesh state for joining last week’s rallies.