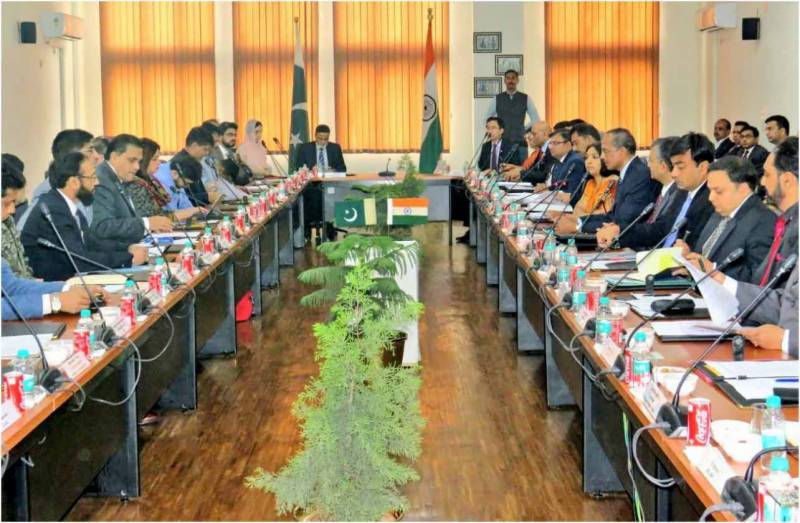 Lahore (Staff Report /Agencies): The talks between Pakistan and India on the draft agreement of Kartarpur corridor started at the Attari border on Thursday.

The Pakistani delegation at the talks is led by Foreign Office Spokesperson Dr Muhammad Faisal.

Talking to media persons at Wagah border before leaving for Attari, Dr Muhammad Faisal said they are heading to India for talks with a positive message and hopefully the talks will succeed.

He expressed the confidence that the dialogue on Kartarpur corridor can be a step forward in the right direction in the current vitiated situation, from conflict to cooperation, animosity to peace and enmity to friendship.

Dr Faisal said Pakistan is moving forward with the spirit of constructive engagement and flexibility.

Pakistan has already started work on its part of the corridor and has been urging India to construct the corridor on its Indian side.

The corridor will go a long way in facilitating the Sikh community of both the countries to visit their holy shrines without visa formalities.

Sharing the present situation on twitter, the FO spokesperson said "More than 30 Indian journalists covered the Kartarpur groundbreaking ceremony in Pakistan last year. They also met PM and were hosted by FM for a dinner during their stay."

Dr Faisal further said in another tweet, "Regrettable that India has not given visas to Pakistani journalists for the Kartarpur meeting tomorrow. Hope the #PakKartarpurSpirit and meeting tomorrow will bring a change for the better for people of both countries," he added.

The meeting between Pakistani and Indian officials is scheduled for March 14 to discuss details of the Kartarpur corridor.

The Indian journalists and a large number of Sikh pilgrims also attended the ceremony.

Gurdwara Darbar Sahib in Narowal district of Pakistan's Punjab province holds religious significance for the Sikh community. It is where Baba Guru Nanak settled down after his travels as a missionary. He lived there for 18 years until his death in 1539.