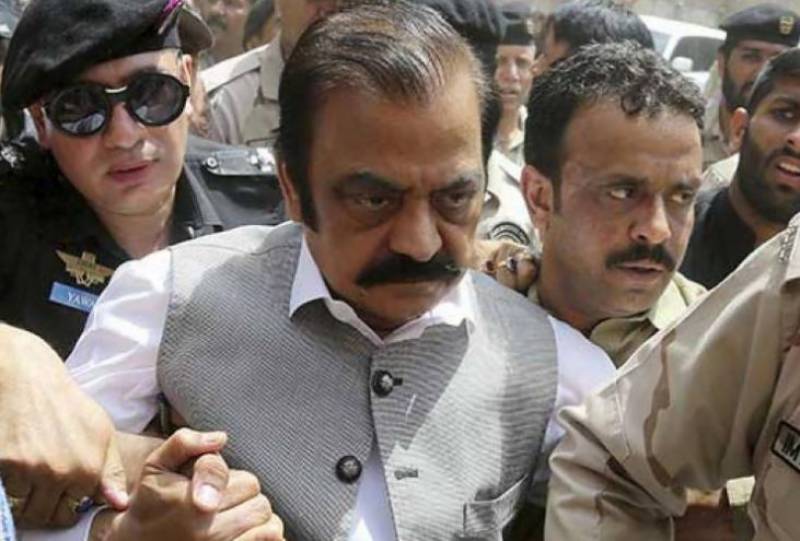 Rana Sanaullah was produced before duty judge Khalid Bashir along with other suspects.

The court ordered Anti-Narcotics Force (ANF) officials to produce the PML-N leader on September 28. The court also ordered the ANF to submit a notification of the prosecutor’s appointment.

During the previous hearing on September 7, no proceedings of the case were made due to repatriation of Judge Masood Arshad.

Moreover, no progress had been reported on the ANF’s request to freeze the assets of Sanaullah.

Earlier, the Anti-Narcotics Force (ANF) had filed a petition to freeze all the assets, worth million of rupees, of the PML-N leader and his family.

As per a statement by the ANF, vehicles worth million of rupees are registered in the name of Sanaullah whereas his family members and relatives have a total of 14 commercial plots registered to them.

Documents claimed that a huge amount of money is present in the bank accounts of Rana Sanaullah and his family which he all made through smuggling drugs.

Rana Sanaullah was arrested by ANF from Motorway near Sukheki on July 1. He is accused of having ties with drug traffickers.

The ANF officials claimed that they had recovered drugs from Sanaullah’s vehicle and lodged a case under section 9 (C) of Control of Narcotic Substances Act 1997.