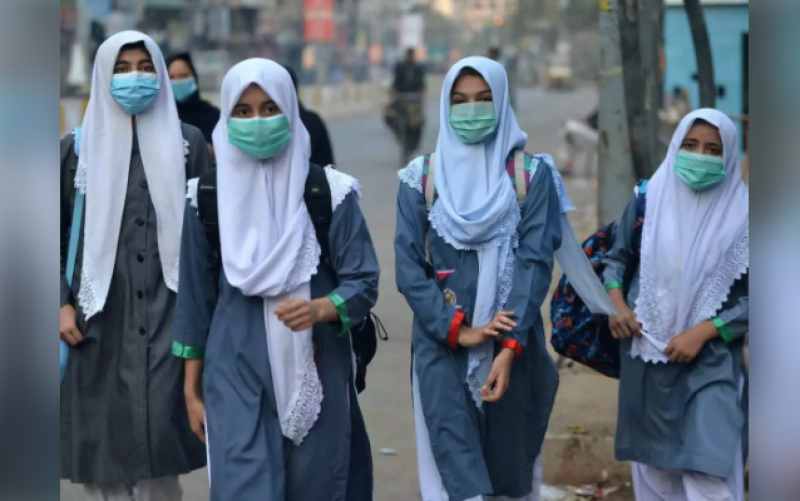 Islamabad (Web Desk): Minister for Planning and Development Asad Umar, who also heads the National Command and Operation Centre (NCOC), said on Tuesday that the government is reopening schools in five districts of Punjab and one district in Khyber Pakhtunkhwa from September 16 with 50 percent attendance.

Addressing a news conference in Islamabad, the minister said that the positivity ratio of COVID-19 dropped in 18 districts across Pakistan.

He added that strict restrictions will remain imposed in six districts, including Lahore, Faislabad, Multan, Gujrat, Sargodha and Bannu.

Even in these districts, the government has decided to lift some restrictions, the minister said.

The minister said that schools in these six districts will resume on-campus classes from September 16, with 50% attendance in classes.

The NCOC chief said that amusement parks are being opened for fully vaccinated people. He said outdoor gathering of four hundred people is being allowed.

The minister announced that COVID-19 restrictions imposed in districts other than these six will continue to remain in force till September 30.

Asad Umar urged the people to get themselves vaccinated against the disease. He said those not getting the vaccine jab will have to face restrictions such as on their air travel and visit to different places such shopping malls, guest houses, hotels from September 30.

Earlier, the government had announced lockdown in 24 districts, including the federal capital, where all private and public educational institutions were closed as the ongoing fourth wave of the coronavirus pandemic intensified. This lockdown was then extended till September 15.