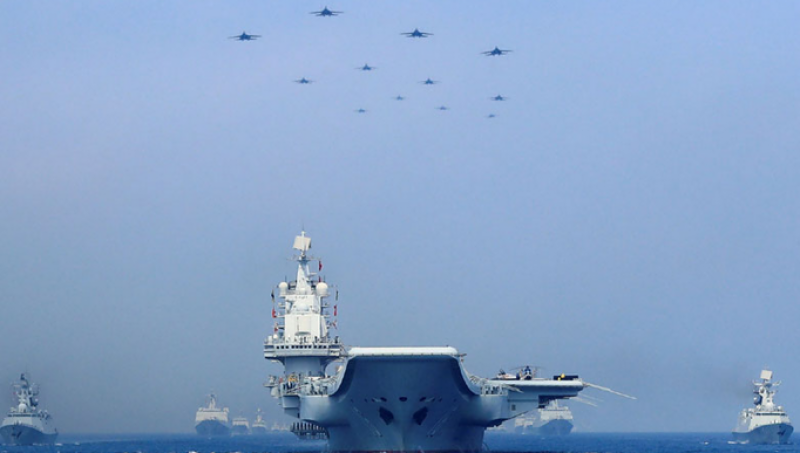 Beijing (Agencies): China carried out more military exercises in the sea and airspace around Taiwan on Monday.

The Chinese military unit responsible for the area adjacent to Taiwan said it has organised multi-service joint combat readiness patrols and combat drills.

Meanwhile, a group of the United States (US) lawmakers led by Senator Ed Markey has arrived in Taipei on a visit to Taiwan.

China's Defence Ministry said in a statement that the lawmakers' trip fully exposes the true face of the US as a spoiler of peace and stability in the Taiwan Strait.

As per the foreign media reports, the five-member congressional delegation, led by Senator Ed Markey of Massachusetts, met with President Tsai Ing-wen on Monday, according to Washington’s de facto embassy.

“The delegation had an opportunity to exchange views with Taiwan counterparts on a wide range of issues of importance to both the United States and Taiwan,” it said.

It is the pertinent to mention that the visiting US lawmakers met the island’s leader after a similar trip by House Speaker Nancy Pelosi heightened fears of conflict.

Taiwan's government has accused Beijing of using Pelosi’s visit as an excuse to kickstart drills that would allow it to rehearse for an invasion.

In response to the delegation’s visit, Beijing called on Washington to "stop going further down the wrong path of hollowing out and distorting the one-China principle, so as not to cause further damage to China-US relations and peace and stability in the Taiwan Strait".