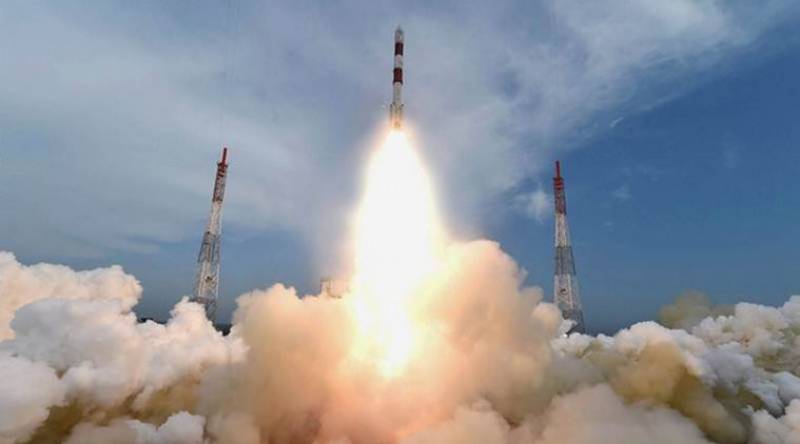 New Delhi (Reuters): India on Wednesday launched 104 satellites in a single mission, setting what its space agency says is a world record of launching the most satellites at one go.

The rocket took off at 9:28am (03:58 GMT) and cruised at a speed of 27,000km per hour, ejecting all the 104 satellites into orbit in around 30 minutes, according to ISRO. The rocket's main cargo was a 714kg satellite for earth observation but it was also loaded with 103 smaller "nano satellites", weighing a combined 664kg.

Nearly all of the nano satellites are from other countries, including Israel, Kazakhstan, The Netherlands, Switzerland, United Arab Emirates and 96 from United States.

The launch means India now holds the record for launching the most satellites in one go, surpassing Russia which launched 39 satellites in a single mission in June 2014.