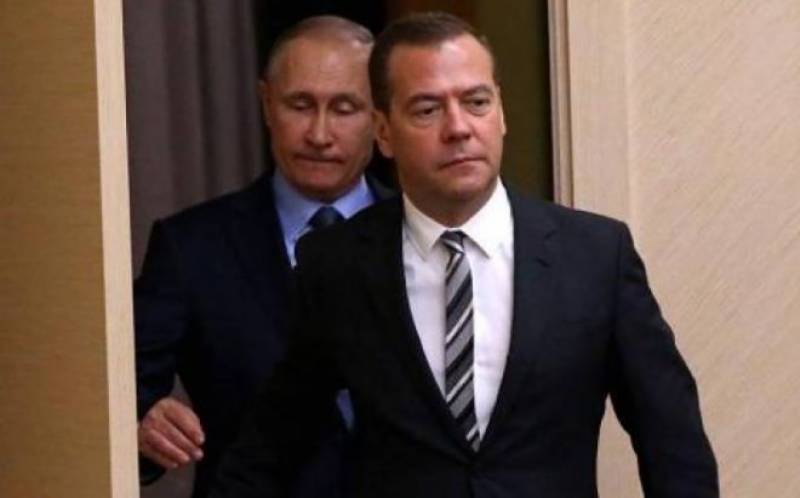 According to details, Russian Prime Minister Dmitry Medvedev and his government has submitted resignation to President Putin.

The Russian media reported that the decision of the resignation came shortly after President Putin's annual state of the nation address to lawmakers.

President Putin during his speech hinted at amending the constitution to more empower the prime minister and cabinet members.

He suggested two-term limit for his successors after completion of his tenure in 2024.

President Putin thanked the outgoing premier Medvedev and his government for his service.

Dmitry Medvedev served the country at this position since 2012. He remained president for four year in 2008-2012.

PM Medvedev’s cabinet will continue to work as caretaker government until new cabinet is appointed.

Meanwhile, President Putin also appointed Medvedev to a new position as the deputy chairman of Russia’s Security Council, which is headed by the president.