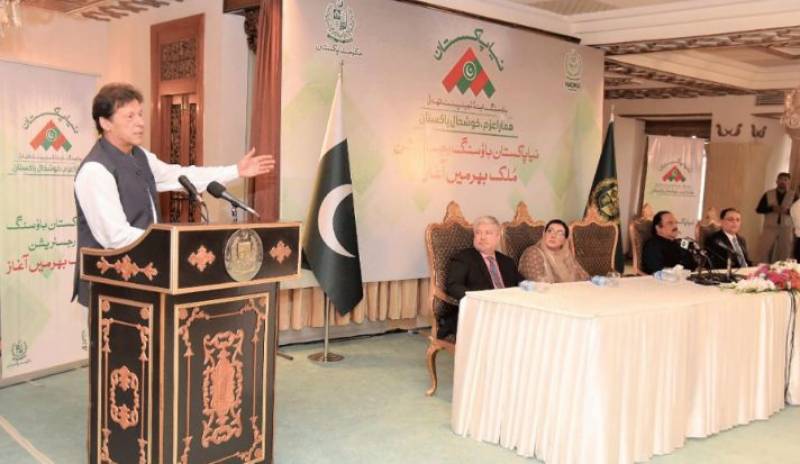 Addressing the registration ceremony of the project in Islamabad, the prime minister said that housing sector in Pakistan has lagged behind the regional countries due to lack of mortgage facilities to people by banks.

He said housing is a basic need and there is a demand of 10 million housing units in the country, but salaried class is not able to build their homes due to lack of resources.

The PM said that affordable housing will be provided to people who otherwise are not able to bear the high costs of constructing a house.

“An ordinance related to foreclosure laws will be put before cabinet for approval to pave the way for housing finance,” the PM asserted.

He said that the purpose of registration is to get a clear picture of vital statistics relating to housing project including area preference, required finances and civic amenities.

The prime minister said said a comprehensive database will be prepared containing all vital information in this regard.

Khan said that the government will facilitate new entrants to the housing business in order to encourage entrepreneurial culture in the educated youth.

He added that domestic and foreign investors are being encouraged to invest in housing projects in the country.

Prime Minister Imran Khan said that the housing project launched on Angoori Road in Islamabad will be completed in one and half years' time while work on the housing programme in other cities will start soon.