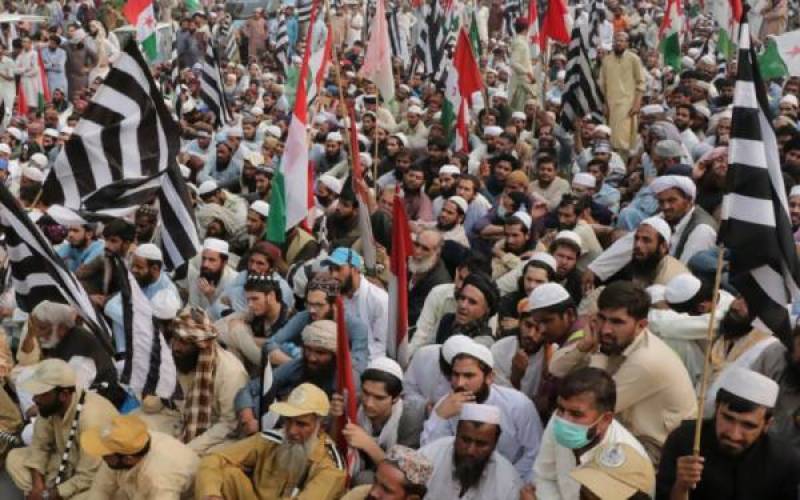 Islamabad (Web Desk): The participants of Jamiat Ulema-i-Islam-Fazls (JUI-F) Azadi March continued their protest on Friday by blocking major highways across the country as part of the party's 'Plan B'.

According to details, JUI-F workers’ protest in Karachi’s Hub River Road created issues for commuters leading them to use alternative routes.

JUI-F's provincial spokesperson Sami Swati said that the party had decided to continue the protest and offer the Friday prayer at the venue of the sit-in.

Balochistan chapter of JUI-F announced that they would block the main highway and roads in the province from November 15 to 18.

Chief Minister Balochistan Jam Kamal said his government would not allow the demonstrators to block highways, however, the opposition parties have announced to support JUI-F's ‘Plan B’.

JUI-F Shangla workers also blocked the Karakoram Highway at Dandai, Shangla. Motorists were stuck due to the closure of the international route for all sorts of traffic.

On Thursday, protests continued in Ghotki with the national highway blocked, leading to traffic jams in the city.

Similarly, protests in Malakand and Islamabad also continued on Thursday.

The protests led by JUI-F chief Maulana Fazlur Rehman began with the ‘Azadi March’ on October 27 from Karachi.

Thousands of supporters reached Islamabad on October 31, holding a two-week sit-in on the city’s main highway.

On November 13, Maulana Fazlur Rehman announced to end Islamabad sit-in and block highways across the country.