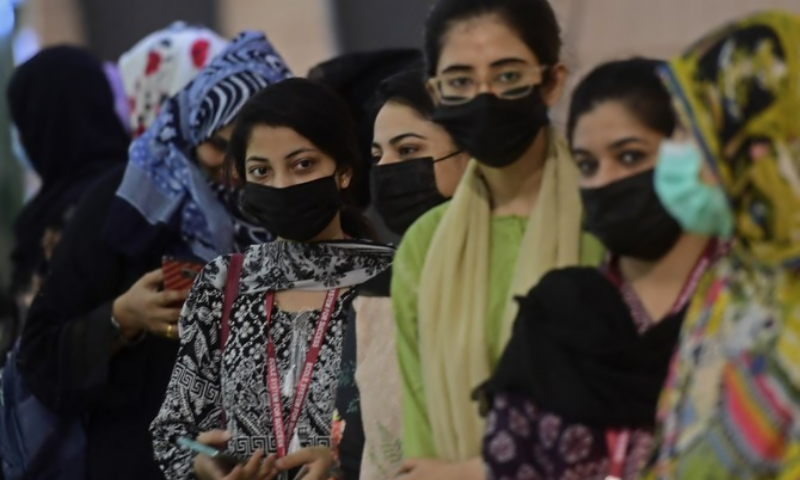 Lahore/Quetta/Karachi/Peshawar (Staff Report/Agencies): The number of confirmed COVID-19 cases in Pakistan rose to 1,279,876 on Monday after 240 new cases surfaced in the country during the last 24 hours.

As per the National Command and Operation Centre (NCOC) data, 32,466 tests were conducted in last 24 hours while positivity ratio remained 0.73%.

According to the government's COVID-19 portal, the death toll related to coronavirus has reached to 28,612 with 6 fatalities reported during the last 24 hours.

Over the last twenty four hours, total number of recovered COVID-19 patients across the country reached 1,228,473 after another 298 virus recoveries were reported.

Meanwhile, in a message on Twitter, the NCOC on Sunday announced suspending the COVID-19 vaccination for children between 12 to 15 years of age amid the national measles and rubella campaign launched across the country for 13 days.

It is pertinent to mention that the global coronavirus cases have reportedly surpassed 254.058 million and death toll tops 5,115,985.