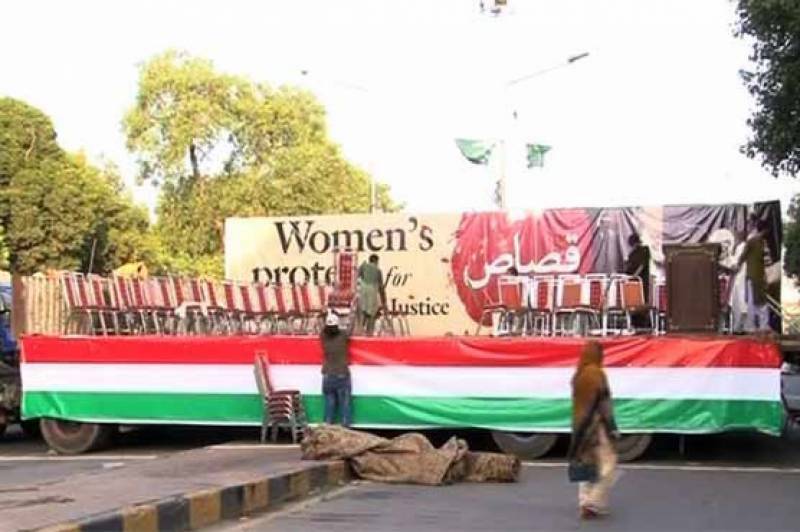 Lahore (Web Desk): The Pakistan Awami Tehreek (PAT) and local traders have agreed to conclude the sit-in by 10pm tonight and alter its venue tomorrow.

The party has given guarantee to limit the party's sit-in today in a way that does not adversely affect business activity and traffic.

The sources reported that the PAT and traders had agreed the party would set up its stage at Mall Road's Istanbul Chowk and keep its rally towards the Government College side so traffic and business is not disrupted.

In order to lead a 'sit-in' today in protest against the 2014 Model Town incident the chief PAT Dr Tahirul Qadri.

Earlier today, the Lahore High Court (LHC) had ordered the PAT, traders and provincial advocate to find a solution after a trader petitioned the high court to stop the sit-in on Mall Road as it would disrupt public life.

According to the court orders directed, the respondents to resolve the matter after consultation in other case the court would decide the issue itself. Then the court went into a short recess.

After the agreement between the parties, the court dismissed the petition against the sit-in.

The preparations have been completed already for the party's sit-in, Qadri’s container along with other equipment was transferred to Istanbul Chowk ahead of the sit-in.

The security measures have also been taken. The road leading from Lahore Museum to Istanbul Chowk has been closed to traffic. To prevent any untoward incident, heavy contingents of police as well as bomb disposal squad have been deployed at the site.

The chief Awami Muslim League (AML), Sheikh Rashid has also reached Lahore for participating in the sit-in, while the Pakistan Muslim League-Q also lent its support to PAT for the sit-in.

The LHC and the city administration had barred PAT from making arrangements for the sit-in but the party maintained that whether it received the permission or not, the rally would be held as per schedule.