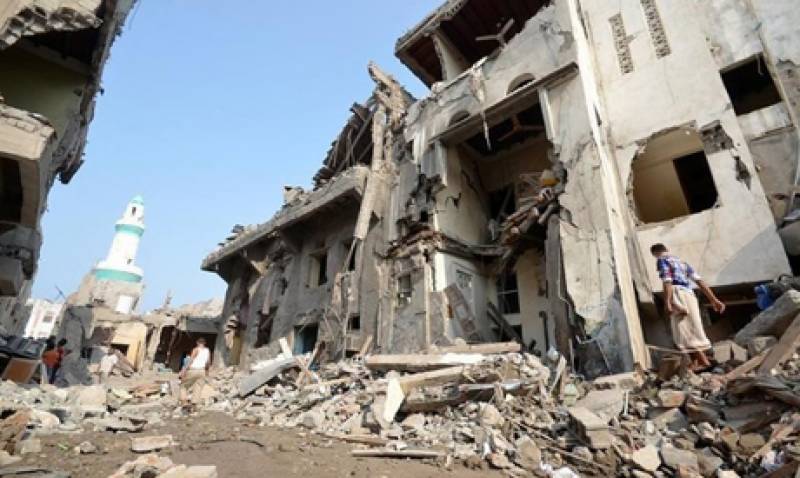 Sanaa (Reuters): Warplanes of the Saudi-led coalition struck a house north of Yemen's capital where mourners had gathered to offer condolences after a woman died, residents said, killing eight women and one child and injuring ten others.

The air strike hit the house of a local tribal leader in the Arhab district north of Sanaa on Wednesday night, a resident said. A spokesman for the Saudi-led coalition fighting in Yemen could not be immediately reached for comment.

In October the alliance of mainly Gulf Arab states came under severe criticism after launching an air strike on a funeral gathering in Sanaa that killed 140 people, according to one UN estimate.