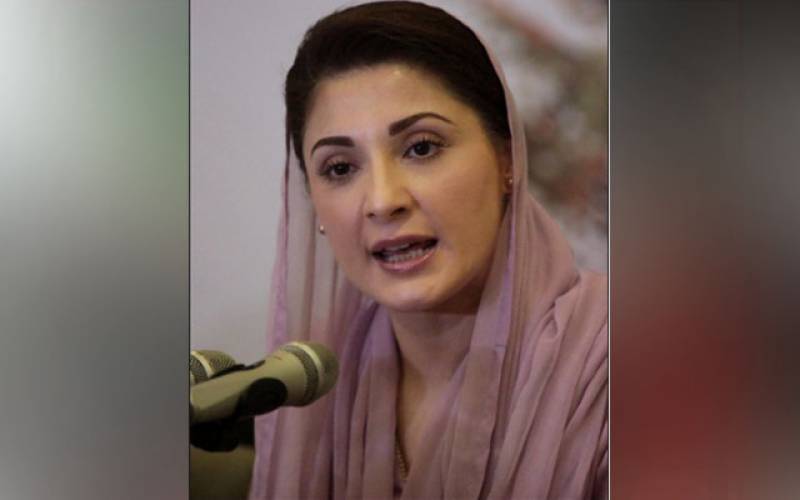 Lahore (Web Desk): Pakistan Muslim League-Nawaz (PML-N) Vice-President Maryam Nawaz has said that Nawaz Sharif’s political opponents had fallen into their own trap which they had set up for the former premier.

She said this while talking to newsmen outside an accountability court where she had arrived to witness proceedings against PML-N President Shahbaz Sharif.

The PML-N leader said that the Broadsheet issue is a slap on the face of the PTI government as heir lies have come before them.

"They tried to use Broasdsheet against Nawaz Sharif but the Almighty has once again vindicated him," she said.

She said that government’s incompetence and corruption have been exposed by demanding commission from Broadsheet.

Political opponents wasted national resources and got nothing in return, she added.

Maryam said that Prime Minister Imran Khan is afraid of the opposition leader.

"Imran Khan is an inexperienced player," the PML-N leader said.

The PML-N leader said that Prime Minister Imran will be left alone this year, adding that his advisers and ministers "have started to understand the truth."

“Shehbaz Sharif and Hamza Shehbaz will soon be freed and government is in panic because Pakistan Democratic Movement (PDM) is voice of the nation,” Maryam said.

Responding to a question, Maryam said that the opposition parties would hold a big protest rally outside the Election Commission of Pakistan (ECP) on January 19.

She said that the PDM will decide about the sit-in after January 31.

Earlier, Maryam Nawaz met PML-N President and Leader of the Opposition in the National Assembly Shehbaz Sharif in a Lahore’s accountability court. She apprised the PML-N president of PDM’s decisions.