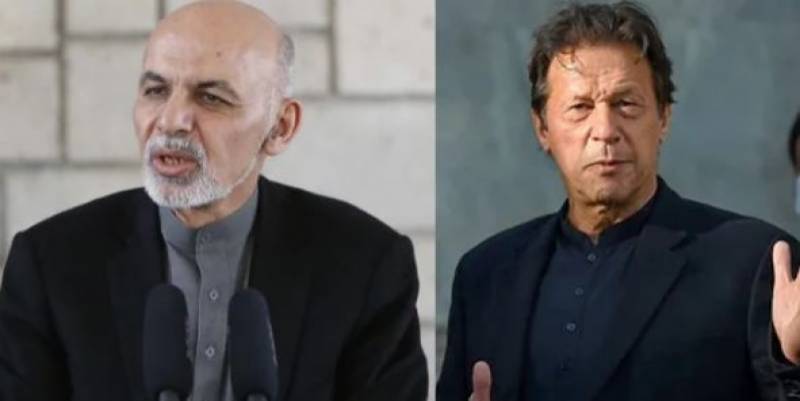 Tashkent (Web Desk): Prime Minster Imran Khan on Friday said that blaming Pakistan for what is happening in Afghanistan is extremely unfair.

Addressing the International Conference on South Asia-Central Asia Regional Connectivity-Challenges and Opportunities in Tashkent, the premier asked Afghanistan to consider Pakistan as a ‘partner of peace’ rather than blaming it for the ongoing unrest, which he said was the ‘outcome of using a military solution by the United States instead of a political one’.

The prime minister said this in response to the speech of Afghan President Ashraf Ghani at the conference.

He said that regional peace and stability were of utmost importance for enhanced trade and economic cooperation in the region.

He said that Pakistan's foremost priority is stability in Afghanistan as it directly affects the country and that, “Pakistan will continue to support all initiatives for peace and reconciliation in Afghanistan.”

He said no country has tried harder to get Taliban on dialogue table than Pakistan.

“We have made every effort to get the Taliban on dialogue table and have peaceful settlement,” PM Imran said.

“We encourage all the neighbours and international stakeholders for their positive roles for a political settlement in Afghanistan,” PM Imran asserted.

The prime minister said that Pakistan has suffered 70,000 casualties and a huge economic loss due to the unrest in Afghanistan.

“Three million Afghan refugees have been living in Pakistan for decades,”.PM Imran said, adding that we do not have capacity and economic strength to get more inflow of Afghan refugees.

Referring to the unresolved disputes in the region, Imran Khan said Kashmir is the core issue between Pakistan and India.

“The huge potential of cooperation remains untapped because of unresolved disputes in the region,” he said.

He said that China-Pakistan Economic Corridor (CPEC) is the flagship project of Belt and Road Initiative, and it will promote regional cooperation.