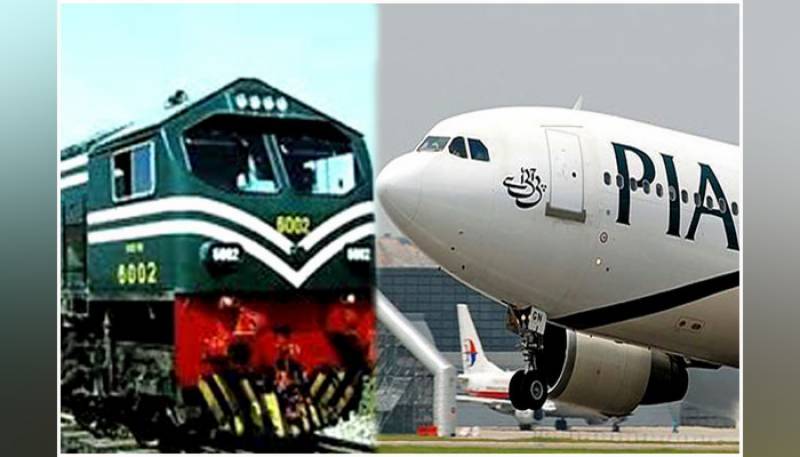 Islamabad (Web Desk): Minister for Railways and Aviation Khawaja Saad Rafique on Saturday announced 10% cut in fares for the passengers travelling in the economy class of main express trains, as well as both the economy and business classes of the Pakistan International Airline (PIA), domestically.

"Following the footsteps of Prime Minister Shehbaz Sharif, the Pakistan Railways and PIA have decided to pass on the benefit of the fuel prices drop to its passengers," said the minister in a video message.

He said the reduction in fares would remain in effect for the next 30 days and a notification in this regard would be issued on Sunday.

Saad noted that the economy class of railways and PIA accommodated 94% and 90% of passengers, respectively.

He said the Civil Aviation Authority (CAA) would also ask the private airlines to slash their airfares.

The minister hoped that the provincial governments would also make efforts to bring down the fares of local transport by reaching out to the transporters.

On Thursday, Prime Minister Shehbaz Sharif announced that the government has reduced the price of petrol by Rs18.50 per litre in order to provide maximum relief to the consumers.

With prices declining in the international market, the government decided to pass on the relief to people and, therefore, decided to reduce the price of petrol and diesel by Rs18.50 and Rs40.54 per litre, respectively.

The new price of petrol will be Rs230.24 per litre while diesel will be available at Rs236 per litre. Meanwhile, petroleum levy has not been increased on any petroleum product.