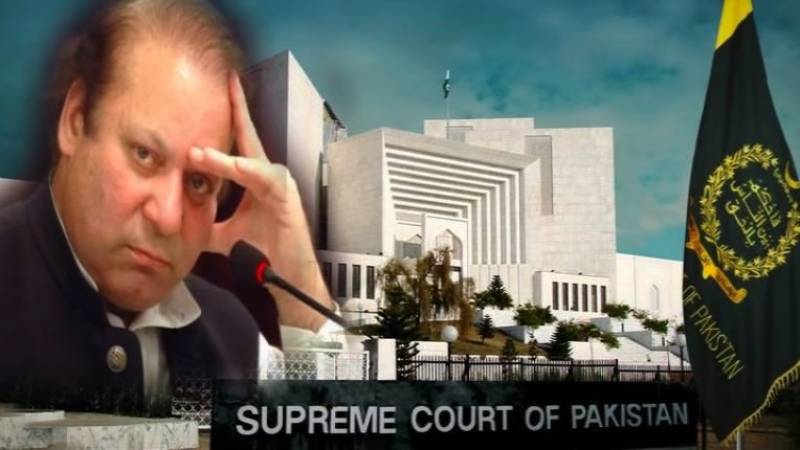 Islamabad (Staff Report): Government departments accused by the Panama case Joint Investigation Team (JIT) of impeding their probe submitted their response in the Supreme Court, rejecting the allegations leveled by the investigative team.

The JIT, in a report submitted to the apex court earlier this week, had alleged that the Securities and Exchange Commission of Pakistan (SECP), the National Accountability Bureau (NAB), the Federal Board of Revenue (FBR), the law ministry and the Intelligence Bureau (IB) were creating hurdles in handing over records, and that they were guilty of forgery and tampering with relevant documents.

According to the detailed reply submitted by the Wajid Zia led investigative team, PM House, Intelligence Bureau (IB), SECP, NAB, FBR, Law Ministry and other related departments were hindering the investigations into the wheelings and dealings of ruling Sharif family.

The institutions, however, denied all allegations against them.

The Prime Minister (PM) House has rejected charges of pressuring witnesses and replied that it appeared from an analysis of the JIT report that the high-profile probe team was tapping the PM House’s phones — which would be an illegal act.

The reply suggested that the charges of the JIT can be analysed after the 60-day probe deadline when the JIT has submitted its report to the Supreme Court.

The Federal Board of Revenue has also rejected all charges levelled against it in the JIT report. In its response, FBR said that the JIT first contacted it for providing records on May 8 and then did so on May 25, May 29 and June 8.

‘The 40-year-old record that was asked for was sent over as soon as possible’ it added further.

NAB buster that was accused of issuing a show cause notice to one of its officers amid the ongoing probe apparently to distract his attention  replied that there was no Mala Fide intention in sending a show-cause notice to its JIT member — Naeem Mangi — as 77 other NAB officers were also sent show-cause notices in light of Supreme Court orders.

The Federal Board of Revenue was blamed for alleged concealment of documents when asked to present the income and wealth tax records and tax returns of the Sharif family from 1985 till date by the Joint Investigation Team.

The Ministry of Law also rejected the accusations of delaying the probe. It replied that a letter asking for international legal assistance — as instructed by the JIT — was sent in three days.

Intelligence Bureau has also rubbished the observation of Joint Investigation Team that it hacked the Facebook account of Bilal Rasul- a member of JIT representing SECP- and his wife.

“The Facebook account of Mr Bilal Rasul, which is also used by his wife/family, was ostensibly hacked to retrieve the contents attached [with the application]… without the consent of Mr. Bilal Rasul or his family,” the JIT had alleged.

The Securities and Exchange Commission of Pakistan also contradicted the claims of Joint Investigation Team that its chairman Zafarul Haq Hijazi closed down the investigations into the Chaudhry Sugar Mills with a view to facilitating the Respondents (the Sharif family) against whom the present investigation in being conducted.

‘The investigations into Chaudhry Sugar Mills was closed back in 2013, but the chairman was appointed after it’ responded SECP.

It bears mentioning that the JIT had further alleged the SECP of tampering with the records of Chaudhry Sugar Mills by Executive Director Ali Azeem Ikram, whose name was forwarded by the chairman to be a member of the present JIT.