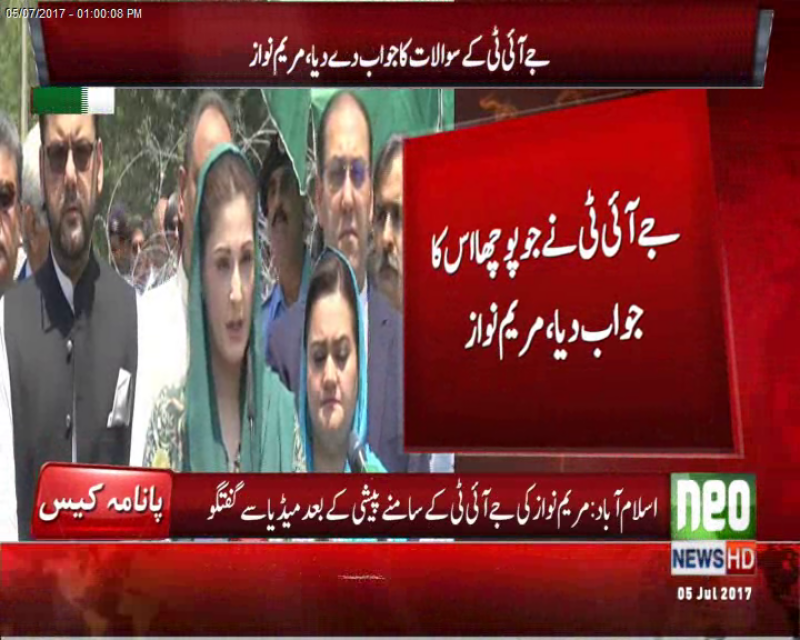 While talking to the media after about two-hour long session with the JIT, Maryam alleged that the investigative team is looking for allegations instead of probing.

“What are we accused of? I asked the JIT but the probing team failed to reply my question,” Maryam claimed and added, “I was summoned despite my name was not in SC’s orders.”

Maryam said that they were facing investigation instead of hiding in rest houses of Nathia Gali like other politicians. Over 2,500 police officials including lady police have been deployed around the Federal Judicial Academy. Contingents of Rangers and FC have also been deployed around the academy since early Wednesday morning. Similar security measures were put in place on June 15, when Prime Minister Nawaz Sharif appeared before the JIT.