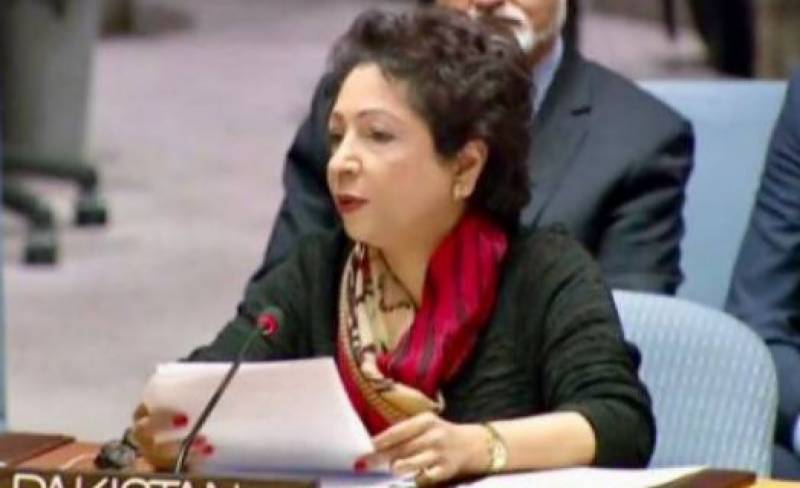 New York (Agencies): Pakistan on Wednesday reaffirmed its full support to the call by the United Nations (UN) Human Rights Office for an investigation of the gross and systematic human rights violations in Indian Occupied Kashmir (IOK), saying the situation in the disputed state had now become “dire”.

“The Office of the High Commissioner of Human Rights, being the premier UN human rights body, must be assisted in executing its mandate effectively, and by implementing its own recommendations and reports, especially the ones on Kashmir,” the outgoing Permanent Representative of Pakistan to the United Nations Maleeha Lodhi told the General Assembly’s Third Committee, which deals with social, humanitarian and cultural issues.

The Pakistani envoy was reacting to the UN High Commissioner Michele Bachelet’s annual report in which she expressed concern over the rising human rights violations by some UN member states.

Since the past two months, people of IOK have been suffering under a repressive lockdown and curfew. Food and medical supplies are becoming scarce due to the absence of logistical support.

Lodhi also welcomed the high commissioner’s statement at the recent session of the Human Rights Council in Geneva in which Bachelet said that the impact of the restrictions imposed by the Government of India including restrictions on communication, peaceful assembly and the detention of local political leaders and activists is of deep concern.

“The high commissioner was right in stressing that it was important to consult and engage the people of Kashmir in any decision-making processes that have an impact on their future,” Lodhi said.

“The position of the United Nations on this region is governed by the (UN) Charter…and applicable Security Council resolutions,” she said quoting the UN secretary-general’s statement.