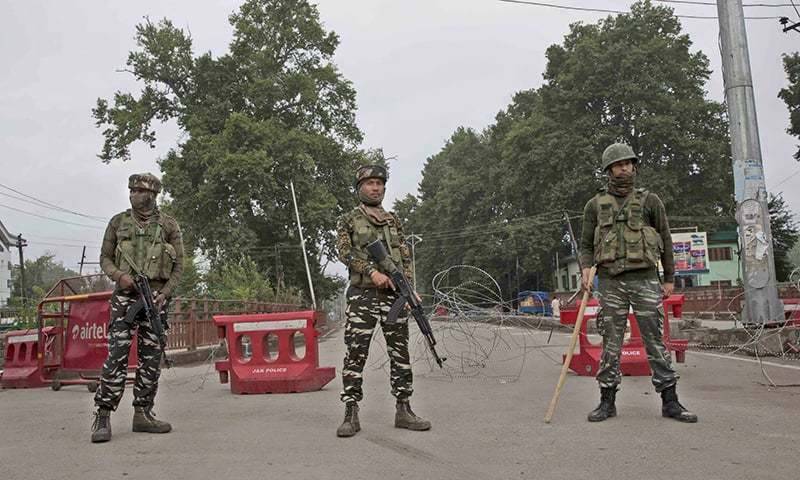 Srinagar (Web Desk): Indian troops in their unabated acts of state terrorism have killed three youth in the occupied region of Jammu and Kashmir, the Radio Pakistan reported.

The troops killed two youth in a fake encounter in Kathua district on Thursday, while another youth identified as Akhlaq Ahmad Khan, was picked up by police from a market and was killed a few hours later at Janipur police station in Jammu city.

The family members of Akhlaq Ahmad Khan protested against the custodial death of Khan and demanded a strong action against the policemen involved in the gruesome murder.

Kashmir valley and parts of Jammu region also remained under military siege for 42nd consecutive day with all shops, markets and business establishments closed while public transport off the roads.