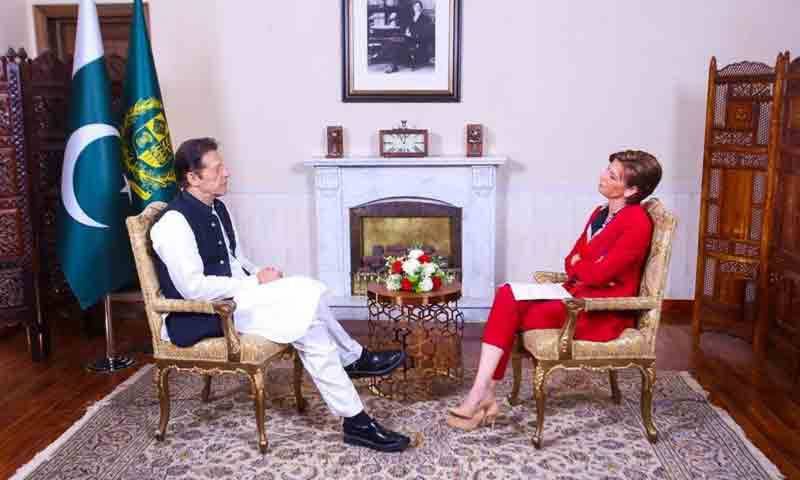 Islamabad (Web Desk): Prime Minister Imran Khan has said the international community should incentivise the Taliban government rather than thinking that we can control them oustside the country.

In an interview with CNN, the premier said history is evident that people of Afghanistan have never supported any puppet government hence the country cannot be controlled from outside.

Describing the situation in Afghanistan as worrying, he said if Taliban serve the whole of Afghanistan and work for the inclusive government getting all the factions together, the country can have peace after 40 years.

The PM said if it goes wrong, there could be chaos, the biggest humanitarian crisis, the huge refugee problem and the possibility of terrorism from an unstable Afghanistan would re-emerge.

Prime Minister said in the past, Pakistan lost argument with the US as we had weak corrupt leaders.

PM Khan said the biggest issue is hosting refugees as Pakistan already hosts three million and the second worry is terrorism as there are three sets of terrorists in Afghanistan using their soil to attack us; ISIS, Pakistani Taliban and Baloch terrorists.

The premier said if there is chaos in Afghanistan and if there is no stability, there will be these two major problems looming before us and Pakistan is the country that is going to suffer the most.