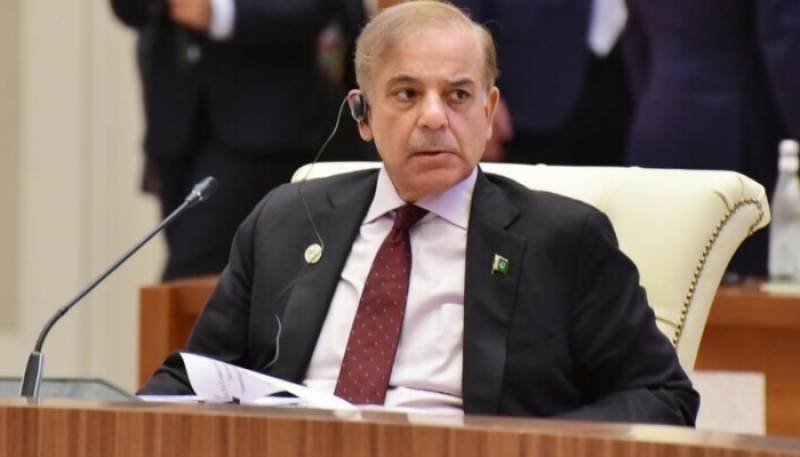 Addressing the annual meeting of Shanghai Cooperation Organisation's (SCO) Council of Heads of State (CHS) in Samarkand, Uzbekistan, the premier appealed the SCO members to stand up and build a wall against the threat of climate change.

"Due to this climate change Pakistan faced devastation which has displaced millions of people besides killing 1400 people including 400 children," PM Shehbaz said, adding that the calamity has damaged houses of people as well as washed out crops.

The prime minister said the people are also facing diseases in the flood-hit areas. He expressed hope that the country will overcome the situation.

He also expressed gratitude to members of the SCO who supported Pakistan in this hour of need.

Speaking about situation in Afghanistan, PM Shehbaz said that peace in Afghanistan will ensure peace in Pakistan and the region. He said we need to collectively work to support all good initiatives in Afghanistan for its people. He said ignoring Afghanistan this time around will be a great mistake.

"Strengthening Afghanistan in the security and counter-terrorism domain should run parallel to SCO's support to the Afghan people in the socio-economic arenas, " the premier asserted.

Shehbaz Sharif said Pakistan has been victim of terrorism itself and the country has paid huge sacrifices in defeating terrorism.

He urged the members of SCO to join hands together in fighting against the menace of terrorism, extremism and separatism.