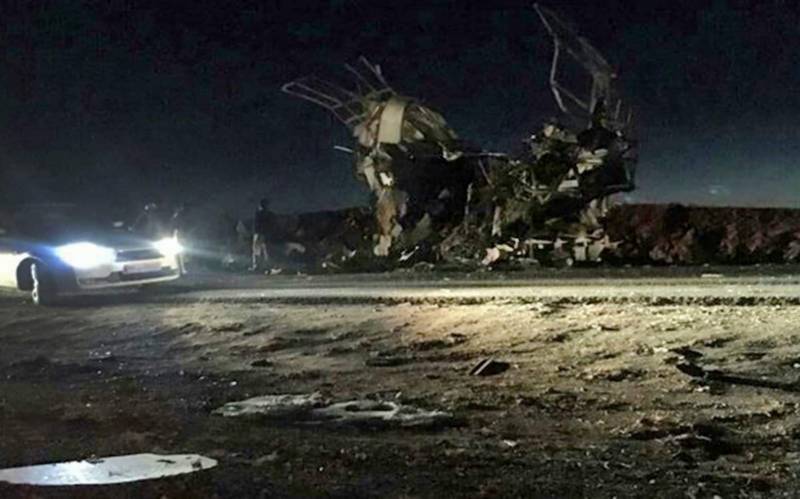 “The Islamic Republic of Iran expects Pakistan’s government and army to seriously confront … the terrorist groups active on its border with Iran,” the foreign ministry said in a statement.

The attack was claimed by militant outfit Jaish al-Adl.

Pakistan had strongly condemned the attack and extended its deepest sympathies to the families who had lost their loved ones in the assault.

"Shocked and grieved to hear about the suicide attack on IRGC bus near Zahidan, in which many lives were lost. Deepest sympathies with the families of those who have suffered in this heinous attack of terror. Pakistan condemns in the strongest terms all acts of terror," the Foreign Office spokesperson had said.