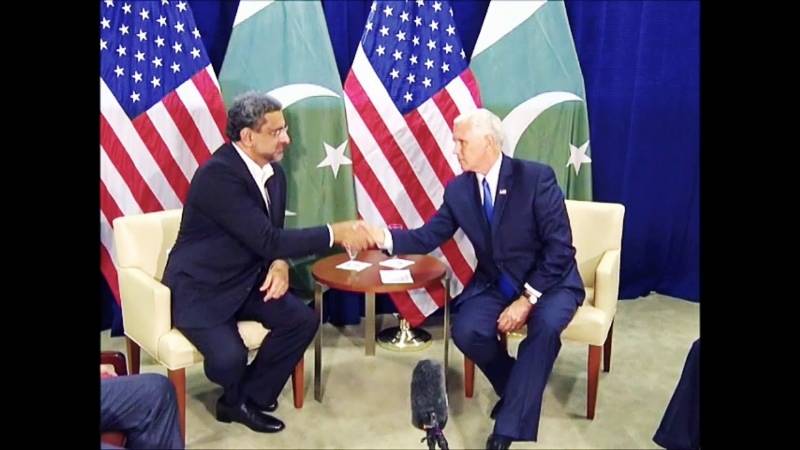 The meeting that lasted for 30-minute was reportedly held on Pakistan’s request where only Michael Cutrone, special adviser to Vice President Pence for South Asian Affairs, was present as a note-taker.

No US or Pakistani official accompanied the two leaders at this meeting and both sides explained their perspectives on Afghanistan.

PM Abbasi, who is currently on a private visit to the US, also had a 40-minute meeting with Congressman Ted Yoho, chairman of the House Committee on Asia and the Pacific, and its ranking Democrat, Congressman Brad Sherman.